The visit of Iranian President to Armenia Hassan Rouhani has attracted the interest and at the same time concern in other capitals of the region. Azerbaijan no longer hide their displeasure, threatening to further deepen the strategic cooperation with a declared enemy of Iran is Israel. Meanwhile, on 13 December, the visit of the Prime Minister of Israel Benjamin Netanyahu in Baku itself was the deepening of relationships, and has made its findings, the Iranians will give a proportionate response from Yerevan.

It’s about the struggle of our neighbors. With regard to the strategic and political interests of the Armenian side, in addition to the promotion of the interests of the superpowers Yerevan has not yet made significant steps to advance its national interests. In this context, consideration should also be given a demonstration of the “Iskander” missile systems “Smerch”, modern means of electronic warfare “Infauna” in the parade of Independence in September 2016.

This caused panic in Azerbaijan and Turkey, but after a while the Russian side was quick to reassure them with their political and public loudspeakers. First, the known Russian political analyst Vadim Dubnov said that “Armenia will not click on the “Iskander” without the consent of Moscow” Moscow will not allow you to shoot at Baku and Ankara. On the other hand, periodically sent from Russia to Baku, Deputy Prime Minister Dmitry Rogozin on December 15 in Baku, did not conceal that one purpose of his trip to give explanations in connection with Russia’s decision to supply Armenia system “Iskander”. Although the text of his explanation of the unknown, after meeting with Rogozin, the Azerbaijani side never speaks about the danger of “Iskander”.

What is the “Iskander”, which are so afraid of Eastern and Western Armenia’s neighbours? This system super accurate ballistic missiles 280-500-kilometer range. It is intended for destruction of manpower, infrastructure, moving targets of the enemy. Other calculations: the distance from the borders of Armenia to Baku is approximately 351 km and from the corresponding places of the Nagorno Karabakh Republic to Baku — a total of 271 kilometers, and important military facilities of Azerbaijan even less than 100 kilometers.

The range of supplied Armenia systems “Iskander” is 300 miles, the system is virtually impenetrable, overcoming air defense system of the enemy, of course, except for some air defense systems of Russian origin.

These data are of concern and panic in Azerbaijan-Turkey, but after a short time after that, between Ankara and Moscow began secret negotiations in November 2016 provided answers to some questions.

First, Turkey since 2009 had a desire to purchase the latest air defense system s-400, which are among the best in the world in this field. The price requested by the Russian side, was not favorable to Turkey, and the emergence of “Iskander” in Yerevan forced the Turkish side to abandon its attempts to reduce the price and to accept the Russian option. In other words, the Russians used the military parade in Yerevan demonstrated the “Iskander” to sell the s-400, Turkey at the right price. The head of Federal Agency for military-technical cooperation Alexander Fomin on November 21, 2016, have officially declared that the negotiations with the Turkish side went into the final stage, and soon realized the supply of systems s-400 “Triumph”.

It turns out that Armenia without the permission of Moscow will not be able to use the “Iskander”, and due to the sale of these weapons Moscow has been able to sell Ankara s-400, which will depend on the willingness of Moscow. On the other hand, Israeli Prime Minister Benjamin Netanyahu in Baku confirmed that there was an interstate agreement to deliver Azerbaijan’s air defense system “Iron dome.” Minister of defense industry Yaver Jamalov did not hide the fact that the Israeli system is unlikely to be able to resist the Russian “Iskander”, but yet there is the promise of Deputy Prime Minister of the Russian Federation, they can be quiet.

In the context of the whole of this complicated regional scenario, the visit of Iranian President Hassan Rouhani in Armenia officially presented as a step in economic cooperation, but may be the answer of Iran and Armenia on the actions of Azerbaijan and Israel (although, for the Armenian side will be more profitable, instead of Barrikadnaya in relations with Israel, to form a new quality of relations, even to mediate between Iran and Israel).

The conviction of the Iranian Vardan Voskanian, “from the point of view of deeper relationships, it was hard to imagine a better time than now, when two of our opponents in some regional projects related to Iran, managed to make a few hasty steps that have significantly ruined their relations with Tehran.”

At the same time, Armenia has some questions for Russia: why do I need to give any explanations to Azerbaijan in connection with the supply of “Iskander”, and when Azerbaijan kills Armenian soldiers with Russian weapons, there is a simple logic of business. 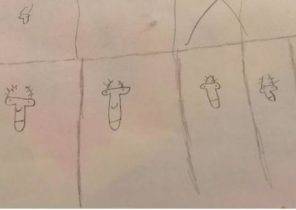