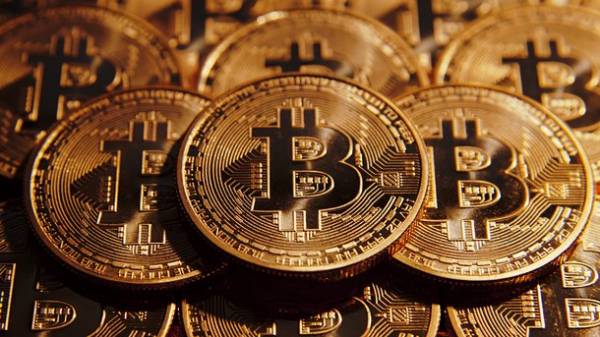 While the worldwide cryptocurrency is gaining momentum, we finally decided on her status. The national Bank of Ukraine in fact did not recognize bitcoin currency. “Today” has learned what it means for the Ukrainian owners of the cryptocurrency.

ONLINE-MONEY. Recall that bitcoins emerged in 2008, the cryptocurrency or, in other words, virtual money. In their creation and distribution uses special cryptographic protocols that are impossible to crack. Any person can trace all the transactions every bitcoin. However, the owners of cryptocurrencies retain their anonymity. The number of bitcoins in the world is limited to about 21 million, and the last “touch” by 2025. Every year a “mine” bitcoins all the more difficult, and therefore their value rises. In 2009, one U.S. dollar gave 1.3 bitcoin, then today the rate has increased to 3.5 thousand dollars for one bitcoin. “Mined” or “bottom” (from eng. “to mine” — to produce) cryptocurrency ordinary users of the Internet. They install a special program on your computer (should be powerful enough), which registers the transaction with bitcoins from all over the world, creating a special database — the blockchain. Record of transactions in the blockchain is called “hashing” is for it users and are rewarded with bitcoins.

NOT A CURRENCY. The national Bank finally outlined the status of bitcoin in Ukraine, do not recognize it neither a currency nor a payment instrument. This was announced by Deputy head of the NBU Oleg Churiy. “We can say that this is definitely not currency. And we can not accept this means of payment”, — he said and added that cryptocurrency is related to the risk of fraud. The same position was taken and the head of the national Commission on securities and stock market Timur Limp. “There is no information support and no protection of investors ‘rights”, — he stressed.

Experts note that the statement of the national Bank means that the bitcoins are recognized as assets (that earn income), but because such a decision would have implications for miners and owners of the cryptocurrency. “Holders of bitcoins, as their miners now will have to pay taxes on the income received from trading cryptocurrency — 18% income tax and a 1.5% military duty”, — told the “Today” managing partner of Capital Times Eric Naiman. Also, the financier added that bitcoins are now beyond the competence of the Bank: “Bitcoin is not recognized as money, and because the national Bank will not control them. This question will now need to adjust the tax”. Officially in the state a tax on the bitcoins not yet commented, but the help of the Ministry stated that bitcoin cannot be used both physical, and legal entities. We will remind that earlier the national Bank said that he is “mining” does not violate the law.

COFFEE FOR BITCOIN. In Ukraine, the cryptocurrency has long been operated and even have a special ATM where you can buy bitcoins for hryvnia. Earlier this month seven bitcoin ATMs installed in Kyiv and two in Kharkiv. In addition, in Ukraine for bitcoins you can order flowers, pay for coffee, cinema or theatres, to hire a lawyer. The future for bitcoin and see some parliamentarians declared their three MPs. So, Dmitry Golubov owned — 8752 bitcoin (at the current rate of about 796 million UAH), Alexander Urban — 2494 (about 227 million UAH), and Dmitry Belotserkovets — 398 (36 million).