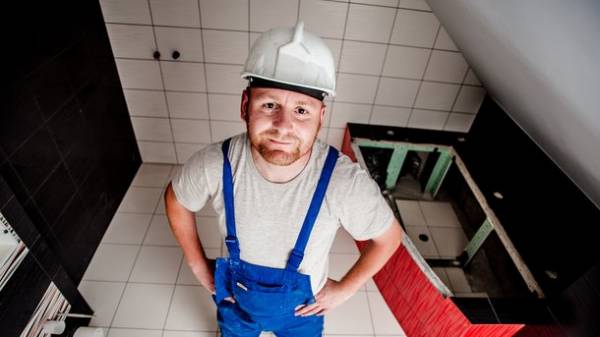 In August, the business life of Ukraine has returned to activity. The number of vacancies is growing in all professional fields. This was told by Catherine Krivoruchenko, specialist of expert and analytical center of International HR portal hh.ua.

“Were among the most active employers in the areas of “information technology, Internet, Telecom, banks, investments, leasing”, “early career, students,” she says. – A tendency to invite the staff of young professionals continued in recent years, and in August became even more visible.”

The most significant increase in vacancies in Kiev, Lviv, Kharkiv and Odessa regions. Stable situation is in Transcarpathian, Ivano-Frankivsk and Kirovohrad regions: the number placed in July and August, vacancies remains approximately at the same level.

The first half of 2017 as a whole demonstrates that the situation in the labour market:

Experts hh.ua note the increase in wages, compared to the same period in 2016: in General, the labour market for the year it was 29%.

“On the growth of some salary offers influenced and changed from 2017 the level of mentorplace said Krivoruchenko. – The highest wages, as before, offer IT-specialists (often in positions of Senior, Team Lead, Business Analyst)”.

“But the increase in incomes of Ukrainians significantly, unfortunately, only in comparison with the distant past,” says Nina FR, HR-expert, member of Ukrainian Union of entrepreneurs (PAF).

So, the wages of the sales personnel is steadily increasing, but global developments in the field of trading yet. “Candidates just ask for more at the same positions, their responsibilities, explains the situation by FR. – The employer all wishes to fulfill not. But in those niches, where increased demand for goods rise and wages (often at the expense of bonuses). 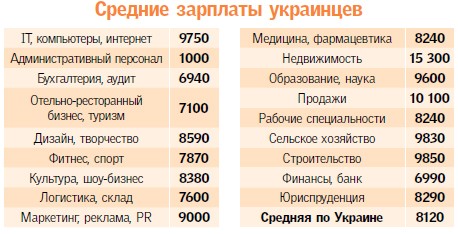 According to HR service provider Smart Solutions, candidates expect employers wage indexation by at least the rate of inflation (in 2016 is 12.4%, for 4 months 2017 is 4.9%). In this issue of unanimity among employers there.

“State-owned companies recognize that change is needed: enter grades (the system of payment by results of work), moving to international standards,” – said the Director of the company Tatyana Nikitovich.

Part of the bonus component in the salary as a whole has increased: companies ready to pay employees who produce the company’s income.

“It’s not just about sales, but also those units that, according to the situation on a particular market, are key – manufacturing, logistics, lawyers and even marketing,” says Tatiana nikitivich.