Today MPs massively ignored the morning plenary session of the Verkhovna Rada, which was attended by a small handful of deputies. The corresponding video was published by the MP Borislav Birch on his page in Facebook.

“Today is Friday and as always, there is a large number of deputies. But we understand that they are all registered: members signed up, talked and went out,” said Birch.

According to him, one of the vote showed that Parliament was 83 deputies, but later became even less.

“Every time the deputies say that you need to go to the meetings, they are not. There’s nothing you can do about it,” said the MP.

He stressed that the situation in the Parliament will show, who really goes to the meetings, who works, who “knopkodavit”, and who is lying, that works for the benefit of the state.

Recall that on 8 February the Verkhovna Rada speaker had prematurely close the session of Parliament due to the lack of deputies, quantities which are not enough for decision-making during voting. 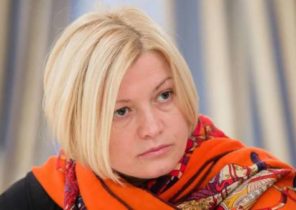 Will Russia intervene in the presidential election in Finland?