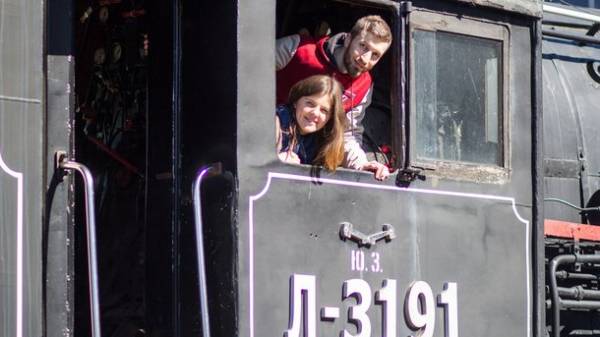 The life of modern man — the life of a squirrel in a cage. If you want to be successful, you need to direct all forces to work, training, acquisition of useful contacts. In the busy schedule it is difficult to find a day for rest, friends and travel. And sometimes we want to throw a mobile phone to go in any direction, to walk the streets of a new city… These opportunities are provided Turservis Secret Ticket. What a unique project? The fact that when ordering the tickets people do not know where you’re going! How does the unusual format — in the heading “Special business”. 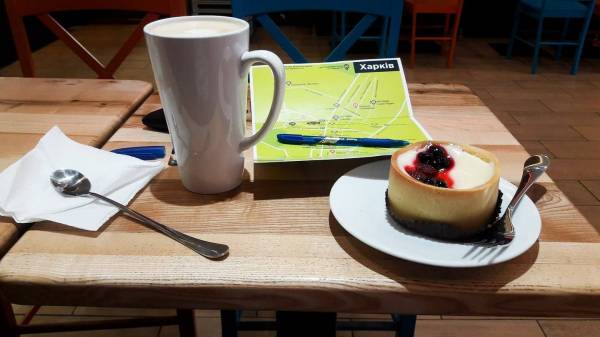 On the EVE of. The idea to start the service came up with 25-year-old journalist Tatyana kosyanchuk. “Graduated from high school Exactly, but linguistic University in Kiev. I traveled around the world, as he worked, for example, an instructor of mountain and Cycling trips. I have long wanted to run your tourism project. And when I read about the Spanish service travel with a surprise, inspired!” she says.

But the girl did not want to just take the idea of the Spaniards, and came up with its own flavor: “the Spanish journey with a surprise boil down to selling tickets and paying for hotels. This is not enough. The idea to offer tourists a more detailed map of the city with recommendations of what to see”. When the business idea was formed, Tanya realized that you need a partner: “it’s important For me to secret tickets were nicely decorated. So, the project needs a designer.” Business partner became 29-the summer inhabitant of Kiev Sergey Klepik: the guys met at while working in the design Studio, became friends. “Told him about the secret tickets and a few days later he agreed,” recalls Tanya. 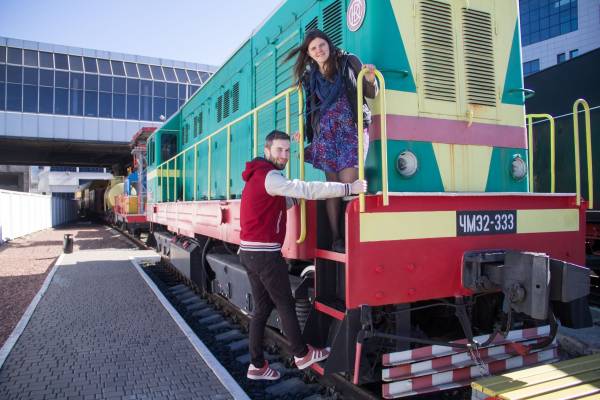 PROCESSES. The work started this winter. The guys were determined that they would send people in secret trip to Ukraine. “We studied the specificity of cities, and the problems are many: how to get by bus or train, are there any good hotels, where to eat, how things are with the leisure… Prepared a map with recommendations for cities. Sent our achievements and friends who live in the city. They updated recommendations,” says Tatiana. Officially launched a Secret Ticket in mid-April: opened a page on the social network Facebook.

“We decided that the initial investments will be small — up to 5000 UAH, because I will invest in the project, the time and knowledge. Sergei prepares all as a designer, and I can make a trip,” says the girl. And the project suddenly shot — for the first week after launch was attended by about 200 applications! The guys wanted to do trips from may 15, but a lot of people wanted to go somewhere in may. “Refused: such visits should be organized for a month or two because all sold out. And two of the couples are unable to refuse, because on may 13-14, some guys celebrate their wedding anniversary, and other relations. In the end, Lvov went to Chernivtsi and Kiev in the Dnieper,” — said Tatiana. 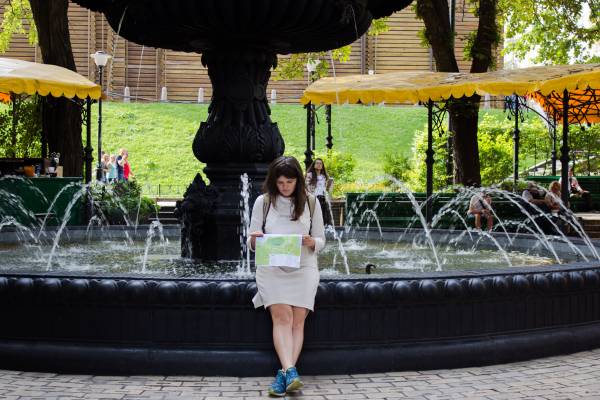 NUANCES. Already organized more than one hundred trips. “Basically, secret tickets for yourself orders young people 25-35. Often travel for two friends or a couple, but there are family. Alone often prefer to travel guys. Our trips are popular leisure activities in the weekends. Still people often take trips with a surprise in the form of gift certificates, hotel amenities like to do the adult children to their parents, or parents of the newlyweds” — said kosyanchuk.

During this time collected many interesting stories. So, if the customers learn about the place a secret trip the day before departure, there are people who want to travel blind…! So surprise surprise wanted to get from Kiev Nikolay Shmatkov.

“He didn’t know where he was going. So I asked to write on paper the train number and departure time. At the train station gave my friend an envelope, blindfolded and wearing headphones, so as not to see and not to hear the hints on the departure of the train. The girl put him in the car, and only in the morning Nicholas found out that he arrived in Uzhgorod! There walked two days, and on the way back stayed for a day in Lviv. After he shared: “I did Not know that to travel so easily — now can’t stop me!” — Tatyana smiles. 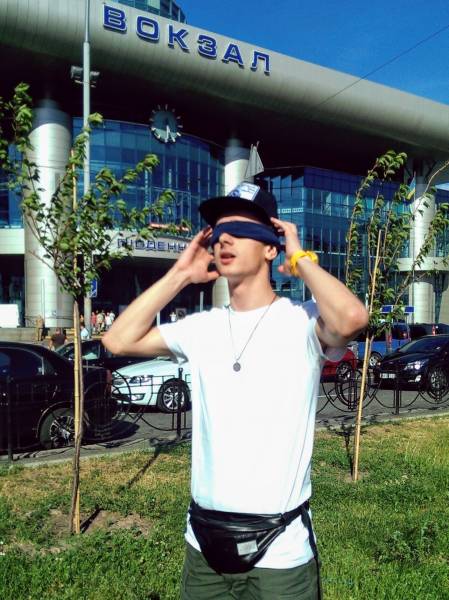 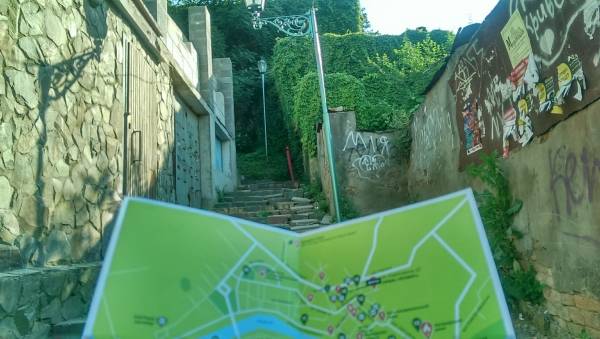 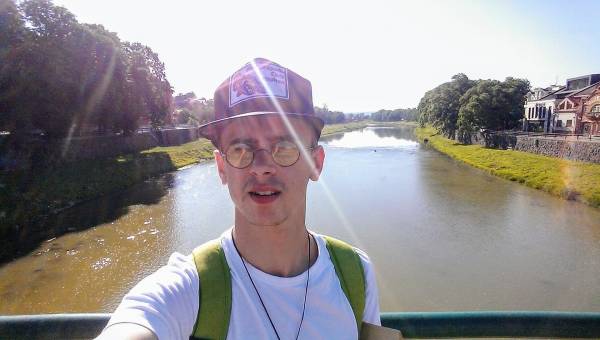 Two-day tour per person starts at economy package from 1090 UAH, in an expensive — 9999 UAH. The price includes train ticket, hotel or hostel and a map with recommendations of what and where to look. “First, we wanted to make a single tariff for travel in Ukraine. But had to form four packages: some want to go to IC and stay in hotels 4-star hotels, while others are fine with the reserved seat and hostels,” she says. You can leave your suggestions in the applications. “There is need to specify interesting big/small city or a city does not come as a surprise”, — says Tatiana.

THERE ARE PLANS TO CONQUER EUROPE

The owners Secret Ticket a lot of ideas. Until the end of autumn to be launched website, and in the spring of 2018 it is planned to open an office and start a secret European destination of travel. 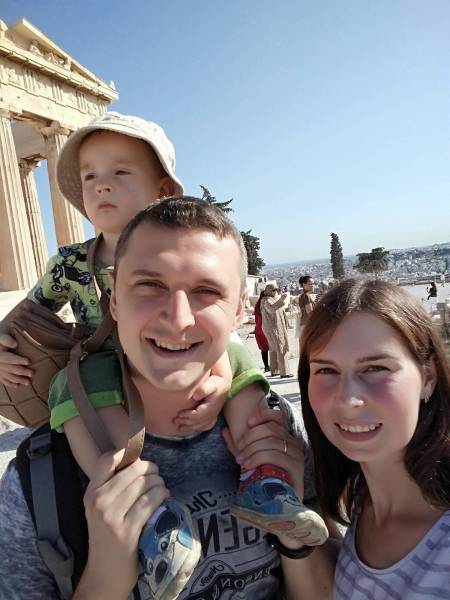 “Has organized the first trip abroad for our friends Misha and Tony Ardaline. They met in the school of philosophy, a love of antiquity. It was logical to organize on their 5th wedding anniversary trip to Athens. Moreover, they were not in Greece,” — says Tatiana. 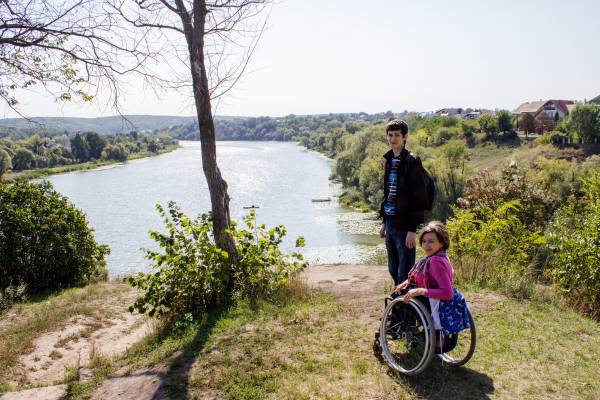 The guys don’t forget about the social side of the business: “Our friends from the project “Доступно.UA” test whether the people moving in wheelchairs, with quality to travel there. Agreed to organize a secret trip for the kids with such problems. Recently passed first trip: from Kiev Julia Mironyuk brother Yuri went to Vinnitsa. They saw the city, walked through the Park. But on the way back had problems: after several hours of waiting at the railway station instead of “intercity” train filed with the usual shelves. Hopefully in the future these problems for travelers in wheelchairs will not be” — concerned kosyanchuk. And this fall the guys want to organize a secret trip for the kids one of the regional orphanages: for this, they defer 10% of the profits.