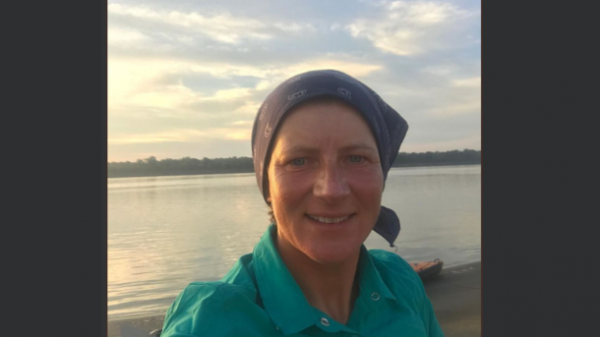 Briton Emma Kelty, a former headmaster, visited different places of the world, preferring to travel solo. She became the sixth woman to reach the South pole on skis (it happened in January 2017). And this time, she chose one of the most dangerous routes – Canoeing down the Amazon.

Emma went missing more than a week ago. At the same time her GPS were sent an SOS signal. The Brazilian Navy immediately began the search. It was assumed that it fell into the hands of pirates, about the attacks which warn daredevils, risking to paddle down the Amazon.

The tragic details of her death published only now. Emma pitched a tent on the shore in the place where the transshipment point of drug traffickers from Colombia. Local punks, who were hunting for drugs, took her for chesnochnika merchant and began to shoot. Emma was wounded in the arm, she rushed out of the tent and began to signal that she’s just a woman and a traveler. Her helplessness was the cause of death.

Seven local gangsters tried to find out from her where she hid the drugs. Because of the product and could not be, she was tortured and then brutally murdered.

After the murder of British athletes, the attackers littered with money and otherwise attracted attention to themselves. Men accidentally pressed the distress signal on her GPS device than unwittingly alerted the police. Now they are arrested.

The Brazilian Navy and rescue services continue to search for the body of miss Kelty. Her kayak was discovered on the banks of the Amazon, together with a portion of its assets.

The mystical component of this event is a strange message that sent Emma in Facebook three days before the tragic incident.

So in or near coari (100km away) i will have my boat stolen and i will be killed too. Nice

Why is she so decided, who warned her about this, is unknown, but it was announced on his page that he spent the night at “the friendly locals”.