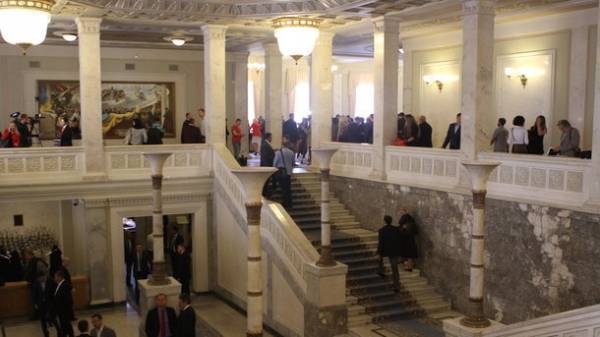 According to the speaker of the Verkhovna Rada Andrei Parubiy, today will consider forming chamber, which controls the use of budget money. We will remind that earlier a Specialized anti-corruption Prosecutor’s office sent to court the indictment on the head of the accounting chamber Roman Maguta and another member. They are suspected of misuse of office and misappropriation of assets by 1.3 million UAH. They face up to six years in prison. Because of this, the accounting chamber was paralyzed.

In addition, on Wednesday, MPs will have to ratify the agreement on technical and financial cooperation between Ukraine and Norway. So, it
Norwegian specialists, which will be invited to our country for support of investment projects when the visa will be exempted from a consular fee (35 Euro) and customs duty on one car.

On Thursday, according to the agenda, the Parliament’s task is to consider the industrial policy and private enterprise.

Thus, at the initiative of the head of the parliamentary Committee on fuel and energy complex, nuclear policy and nuclear safety Oleksandr Dombrovskyi, the building of the Parliament will change all light bulbs to energy efficient. Paruby emphasized that this issue must be addressed, but neither the MP nor the speaker did not mention the issue price.