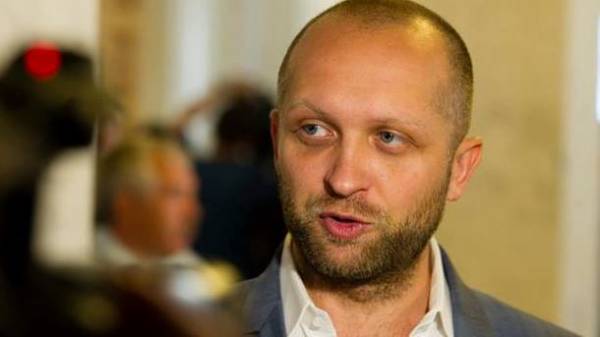 Verkhovna Rada Deputy from the faction “people’s front” Maxim Polyakov made a pledge of $ 608 thousand. About this “Ukrainian news” has informed a source in office of public Prosecutor.

“He’s got game. He was offered, get a bracelet, but no, she didn’t. First 304 thousand UAH were paid that went into the budget, now 608 thousand hryvnias deposited as collateral,” he said.

He did not specify exactly when the Deputy made money.

We will remind, on July 21 Solomensky district court of Kiev chose to the Polyakov measure in the form of a Deposit in the amount of 304 thousand UAH. August 17, the court extended the measure Polyakov until 17 October. The court also ordered him to wear an electronic monitoring tool and not to leave Kiev and Uman without the investigator’s permission, to refrain from communicating with witnesses in criminal proceedings and to surrender all passports to travel abroad.