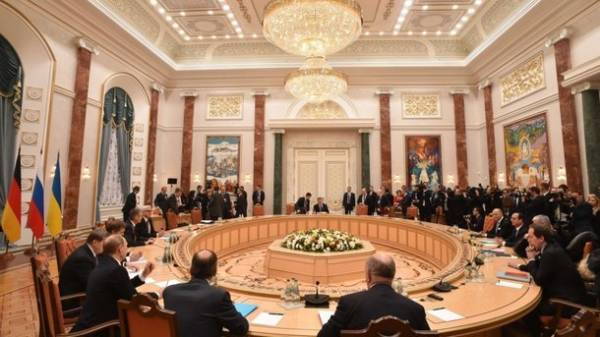 At negotiations of the Trilateral contact group of Kiev, made several demands of the militants and the Russian side. This was reported in the Facebook press Secretary of the Ukrainian representative in the Contact group Leonid Kuchma Darka olifer at the end of negotiations.

“Ukrainian officials resumed the requirement of cancellation of the decree of the President of the Russian Federation on the recognition of the so-called “ORDO documents” and other normative-legal acts adopted in its implementation; put the return under the jurisdiction of Ukraine occupied the territory ARDLE enterprises and state property; and again raised the question of establishing in the new TAG sub-working group on border issues”, – stated in the message olifer.

In addition, according to her, Kiev once again outlined the fundamental position that security issues is the key to the implementation of all components of the Minsk agreements.

“Sustainable ceasefire, including compliance with the school truce – the main task of the subgroup on safety, which was held today on the basis of the Tripartite liaison group”, – said olifer.

As reported, during the negotiations of the Trilateral contact group in Minsk, the Ukrainian side has clearly defined their requirements – debaltseve should pass under the control of Ukraine to liberate the territory from Russian weapons.