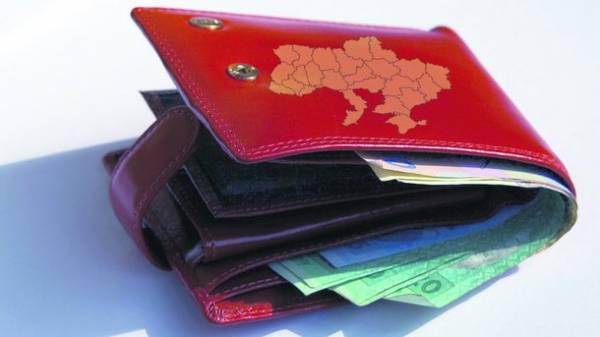 In Ukraine every year decreasing the difference in wages between men and women, who occupied the same position, estimated by the state statistics service. The ladies are paid on average a quarter less than men for the same work, although two years ago the difference in earnings was more than a third. Experts say that a salary fork will narrow further, but total equality is unlikely to be achieved in the near future. 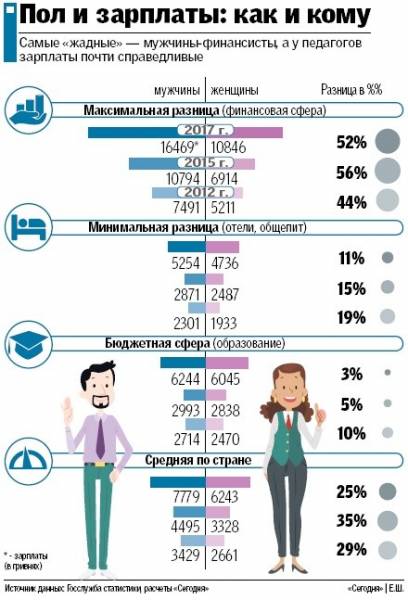 WHO HOW MUCH. As you can see from the infographic, the biggest difference is in the financial sector, where men still have to pay 52% more than women (in 2015, it was more by 56%). A very small difference in public sector: for example, teachers work where the sexes are almost identical, but men are 3% more (was 5%). A small difference in low-paying jobs: in hotel business and catering, where, according to state Statistics, the lowest income, men’s income is 10% more than women. The only area where the ladies get paid more, is the administrative and support staff — office managers, cloakroom, cleaners. And then, the average difference is only 40 UAH or 0.7% (against UAH 5480 5440).

According to the HR portal rabota.ua among “white collar” professions, the average gap in wages even 36%. Only every fifth top Manager is a woman, but among the specialists of initial level of their two-thirds.

WHY. According to HR expert rabota.ua Tatyana Pushkinoj, the main reason for the average difference in earnings that the number of men willing to take, and holding the highest paid positions exceeds the number of women who are ready to fight with men for well-paid and leadership positions.

“Ukrainian women are modest not only career aspirations but also on the salary expectations, told us Pashkina. — No one stage of the career ladder on which they would claim to be greater than men’s wages. And the gap in wages — thousands of hryvnia. For example, the lady in your resume for the position of top Manager specifies that you agree to work for less than 23 thousand UAH, and the man is only 29 thousand (25% higher)”.

As explained to us the leading expert in social and gender programs at the Razumkov Center Olga pishchulina, in most countries of the world, including in Ukraine, is prohibited by law to pay different wages to men and women for the same work if they have the same skill level (for example, both leading experts).

“But in practice this rule is violated, especially in the private sector, where there is no tight binding to the tariff schedule, as in government agencies, claims the pishchulin. Often the woman is offered less because of the circumstances, because it focused more on family and less on work. But the fact that the average difference in wages is declining rapidly, suggests that ladies often put on high-paid management positions based on their professional qualities: education, diligence, initiative, in which they start to surpass men.”

Women’s breakthrough in the IT sphere

Women gradually learn and narutopedia occupations that were considered masculine because of its specificity. First of all IT technology. According to Pushkinoj, last year the number of female specialists increased by 2%. “They’re not writing programs, and working as analysts, IT auditors, where necessary thoroughness, attentiveness, ability to analyze and draw conclusions. But writing computer programs, web site development remains the prerogative of men.”

At the same time, pishchulin believes that complete equality is unattainable in average earnings — have high-paying but hazardous professions, such as coal mining, metallurgy, where the law prohibits women from working. 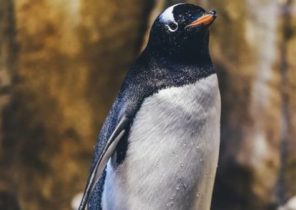 Scientists have found that eating penguins: a study of duration in 22 years