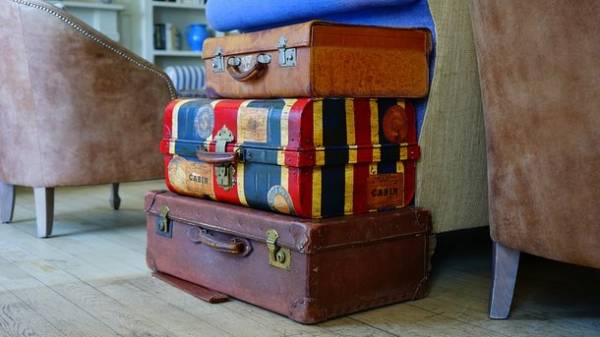 Visa-free regime opened Europe for hundreds of thousands of Ukrainians, but also Europeans (and other foreign guests) have long favored the Ukraine. The website “Today” to understand, in 2017 has changed inbound tourism in the country, which foreigners often visit our country and prefer to relax as the Ukrainians themselves.

How many tourists coming to Ukraine

Tourism in Ukraine continues to develop actively, and the flow of foreign visitors is increasing every year.So, according to the administration of the state border service, during the first half of 2017 entered the territory of Ukraine 6.3 million tourists, while during the same period of last year was only 5.8 million.

However, the guests with the direct purpose of “tourism” has become less by 3.4 times compared to last year. Now the main motivation is the “private travel” – and in 2016, they occupy the largest percentage of the total number – 94.1 per cent.

But the number of business trips in Ukraine fell by almost 44%. If the first half of 2016 for official purposes in the country came about 20 thousand foreigners, but now they are a little more than 11 thousand

How do come to Ukraine

Ukraine enjoys great popularity among Moldovan and Belarusian citizens. So, this year we arrived more than 2 million guests from Moldova and more than 1 million from Belarus.

Also, compared with last year increased the number of Russian tourists – from 596 thousand to 620 thousand More than 30% were guests from Israel and Turkey. Now they are 115 and 100 thousand, respectively.

By the way, in Ukraine has become more tourists from Belgium and Switzerland, but the people of Italy and the UK less.

Where to go in Ukraine

Traditionally one of the most popular cities for foreigners remains Kiev. For example, in 2016 in the capital was attended by 1.2 million tourists – this was stated by the mayor Vitaly Klitschko, last year’s tourist exhibition.

“We are pleased to observe that our capital maintains the positive trend of tourist flows. So in 2016, the city was visited by more than 1 million 200 thousand foreign tourists and, according to expert estimates, 2 million Ukrainian people (in 2015, the indicators amounted to 1,069 million and million of 0.790, respectively)”, – told Klitschko.

“Tourists from abroad are interested in generally everything, but least of all the Church. At least my tourists, who lead our local residents. Im wondering how people live, how much we earn, how much it costs to rent and to buy an apartment. Im wondering why this coffee is so good and so cheap,” says the guide, guide Julia Basenko.

According to her, most often she conducts tours for Americans, and the streets often meets the French and the Germans.

“I work as a tour guide for four years. Tourists has become not so terrible to fly to Kiev and it is a trend, saying that is not terrible, you can fly… Over the last two years in Kiev has more tourists,” – said Julia.

As the rest of the Ukrainians

This year in foreign travel went 12.5 million Ukrainians. The most attractive countries for them was Poland (4.3 million), Russia (2.6 million) and Hungary (1.4 million).

According to one Ukrainian tour operator now has significantly increased the popularity of the Ukrainian areas – almost 8 times.

Olesya Butko, head of development Department of internal tourism one of the leading tour operators, in comments to the website “Today” told about their favorite holiday destinations of Ukrainians:

– rest in the Carpathians and Transcarpathia (we are talking primarily about a ski vacation);

– tours throughout Ukraine for groups of adults and schoolchildren;

Also, despite the visa-free regime, this winter is expected an increased demand for hotels in Ivano-Frankivsk and Lviv regions, where you will find popular ski resorts.

People love to do selfies, but not to look at them – study