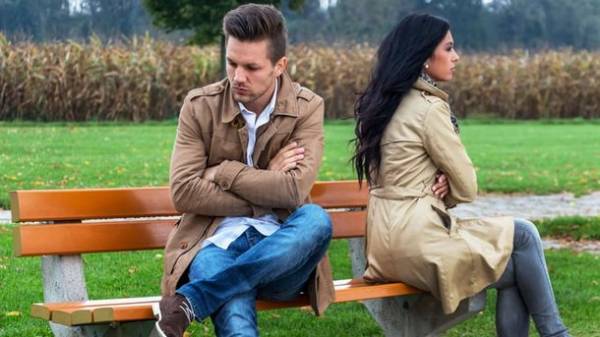 Psychology Professor John Gottman known as the person that predict divorce with 90% accuracy. Watching in his office at the quarrels of thousands of pairs, it identified specific negative patterns of communication, indicating the high probability of divorce. Gottman called them “the Four horsemen of the Apocalypse”: criticism, contempt (contempt), defensive position and opposition. About it writes “New time” with reference to the column psychotherapist Eva van Proyen for Gottman.com.

Contempt is the most destructive of the “four horsemen,” writes Proyen. After all, what you essentially say to your husband or wife: “I’m better than you. I don’t respect you.” It is so destructive that people who despise each other are more likely to suffer from infectious diseases. The purpose of contempt is to make someone feel useless.

Disrespectful treatment, bullying and sarcasm are all forms of contempt. The same applies to evil humor, name calling, mimicry, eye rolling and smirks.

Further Proyen tells an example from his practice.

After five years of marriage, Chris and Mark (names changed) came to a standstill. Chris felt rejected and humiliated.

— I can’t believe you think talking to me like normal. From your words, I feel terrible. I feel like you think I’m stupid — I complained to Chris in my office.

— What you say sounds insulting. Why are you doing this? — asked Chris.

— Because it is killing me that what you say and do. It doesn’t make sense — mark said. His unwillingness to take responsibility was unwavering.

The antidote to contempt

But there is good news. Dr. Gottman predicted the divorce only in cases where the negative trend did not change over time. The problem of contempt in the relationship to work out — until it was too late. The antidote is the return of tenderness and admiration. (…)

If a couple is able to revive the love and admiration for each other, it is more likely to approach conflict as a team, and the returning sense of “we” will help to regain its former intimacy. (…)