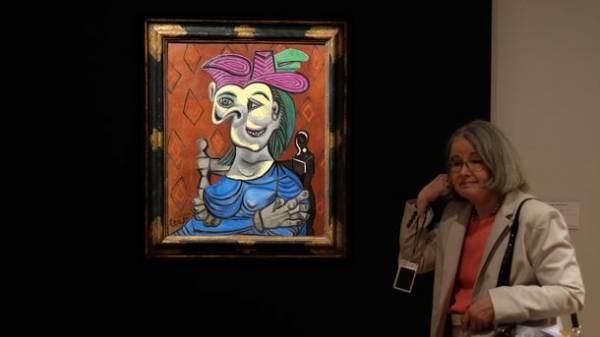 Painting Pablo Picasso went under the hammer for $ 45 million.

According to the BBC, the portrait of a “Seated woman in a blue dress” was sold at auction in new York. The portrait depicts one of the beloved artist Dora Maar.

During the Second world war he was kidnapped by the Nazis, but the masterpiece they have repulsed the fighters of the French Resistance.

Six years ago, “Seated woman in a blue dress” was sold to an American collector for $ 26 million.

Earlier it was reported that the painting of Pablo Picasso’s “portrait of a young girl in the blue beret,” which he wrote in 1964, went with the international auction in Sweden for 21.4 million Swedish kronor (about 2.1 million euros).