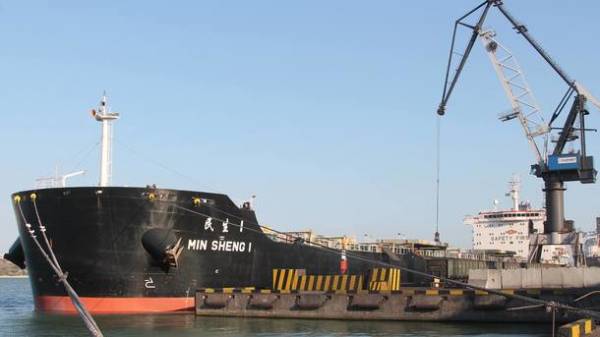 On September 18 in the port “South” has arrived the fifth ship from South Africa, which delivered 75 tons of anthracite to thermal power plants of DTEK. In the port simultaneously unloads two bulk carrier with imported anthracite that will allow TES to accumulate the company’s resource for stable operation during the heating season.

All imported coal going to the warehouses of the Pridneprovskaya and Krivorozhskaya TPP power, which helps to cover the lack of power in the power system.

“DTEK has set for domestic energy has 375 thousand tons of anthracite from South Africa. These volumes allowed us to pass the summer peak loads on the power system of the country. In October we expect to arrive in Ukraine for another 150 thousand tonnes of South African coal in order to create the necessary reserves of a resource in the warehouses of our thermal power plants in anticipation of the heating season”, – said the commercial Director of DTEK Energy Vitaly Butenko.