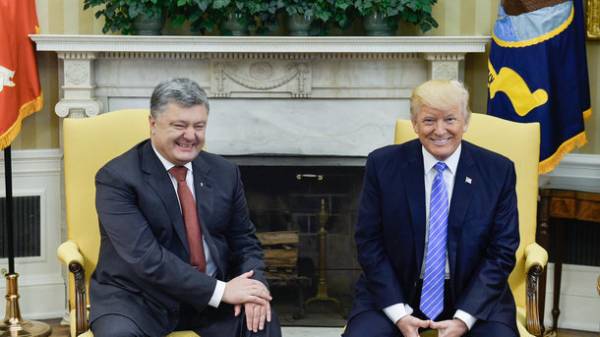 He said this on the sidelines of the 14th annual meeting of the Yalta European strategy “would the world be new? And what does it mean for Ukraine?” in Kiev on Saturday.

“We will discuss cooperation in the security sphere. Of course, this is one of the key issues, and, of course, will discuss U.S. assistance to further advance our reforms”, – said Klimkin.

He added that he will personally participate in the meeting of the presidents of Ukraine and the USA.

Also negotiations will involve national security, the permanent representatives of the countries in the United Nations Volodymyr Yelchenko and Nikki Haley.

“It will be a meeting that will involve all who need to discuss the entire agenda,” – said Klimkin.

We will remind, the meeting of Poroshenko and trump will be held on Thursday, September 21, in the framework of their participation in the 72nd session of the UN General Assembly in new York.