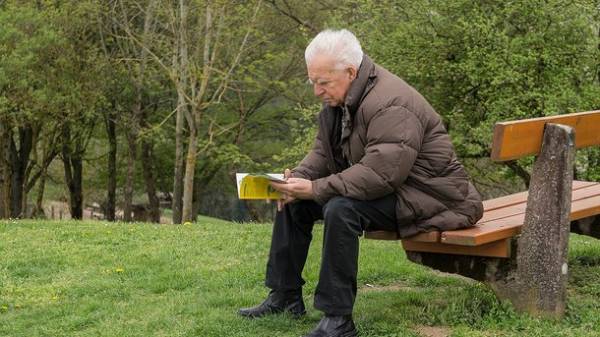 A few weeks ago, the Prime Minister Volodymyr Groysman presented a draft pension reform. If the reform will support Rada in October, the Ukrainians will get pensions under the new rules. Current retirees “will asurement” payments (add from 50 to 1000 grivnas), and those who have not yet reached a “deserved rest”, pensions will be cut. The website “Today” found out who and why can become poorer after the implementation of the government reforms.

The amount of pensions would reduce

Pensioners who retire in 2017, but prior to the reform, the pension amount will calculate based on the average salary in the country for three years in the amount of 3764 UAH. For example, the Ukrainian, who receives a salary two times higher than the average (at the moment it is more than 12 thousand UAH), and officially worked for 35 years can claim a pension at 3538 hryvnia (3764*2*35*1,35%). After the reform, the Ukrainian will receive a pension 25% below. Just 2634 hryvnia.

Edition Ukrainian news citing its own sources said that the IMF is the government’s proposal is not approved. According to various experts, the decision to reduce the evaluation of experience will lead to the reduction of pensions by 25-40%. 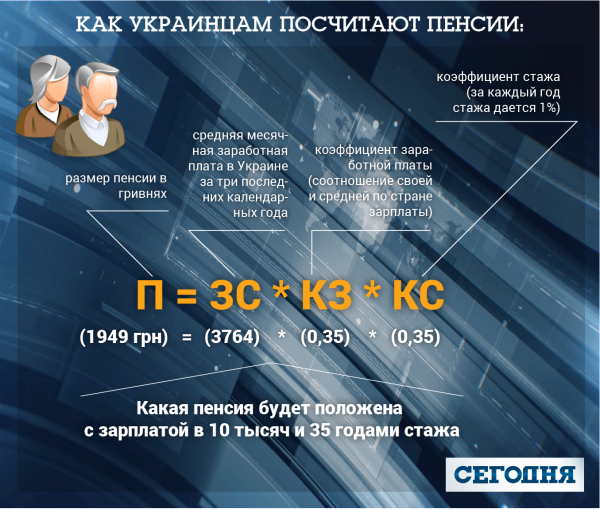 Pension is considered to be high in that case, if it reaches 60% of salary (the so-called replacement rate). Now ordinary Ukrainians for a pension is necessary to work 44 years and after reforms of 60. It should be noted that some Ukrainians can apply for “retired” at 80% of their salary and without decades of experience. For example, judges and MPs.

If the reform of the Cabinet of Ministers is adopted, the Ukrainians with 35 years experience will receive only 35% of their salary. At the same time the standards of the International labor organization, the pension may not be less than 40% of earnings.

The retirement age will rise, but not for all

As a result of the pension reform, the number of Ukrainians, which will annually go on a holiday, will be reduced. Already in 2018, for a pension you need to have at least 25 years of insurance experience, and in 2028-m – 35.

In the presentation of the Cabinet says that in 10 years 60 to retire will be able to reach only about half of Ukrainians of retirement age. 40% will go on a holiday in 63 years, 5% in 65 years. 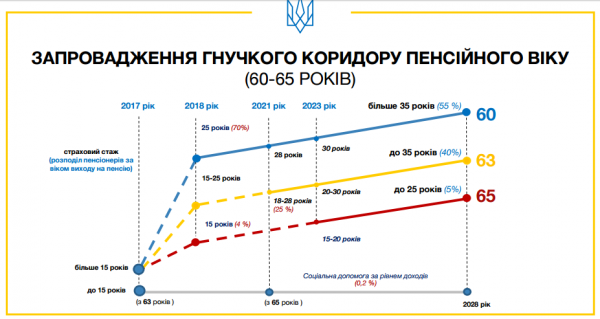 If you find that you need to retire on time is not enough, you can either to work until 63 or 65, or by experience. One year of experience is 16 896 USD. You can buy up to five years of experience: they will cost 84 480 UAH. If you have no money, no experience, instead of a pension you can only claim social assistance, which is significantly below the minimum pension.

“According to our calculations, from 500 to 700 thousand Ukrainians will retire later than 60 years. This is approximately 2/3 of all Ukrainians who come in the mail,” – says senior researcher of the Institute of demography and social studies Lydia Tkachenko. According to the expert, in fact, the officials increased the age of retirement for a large number of Ukrainians.

Teachers and doctors will retire later

Another innovation in the framework of the pension reform – the pension for years of service will cancel for all but the military. For Ukrainians, who are engaged in hazardous work, the rate of the single social contribution will be increased by 7 or 12% (depending on hazard). That is, the miners will retire early, but at the expense of their employer, not the state.

But doctors and teachers will have to work with the rest – at least 35 years. Now teachers can retire at 50, provided at the school worked at least 27 years. 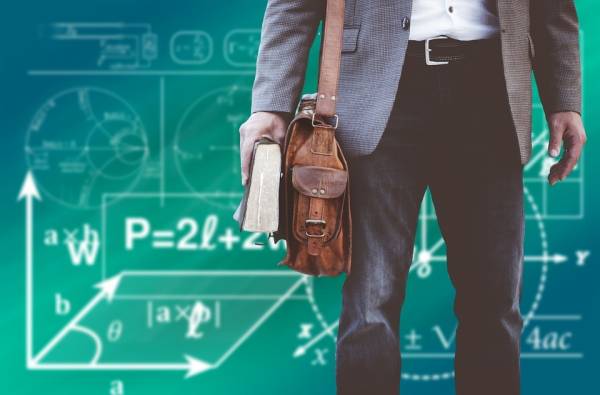 On a cumulative level it is not

At the end of last year, Deputy Prime Minister Pavlo Rozenko suggested that the second level of pension system – storage – will launch in Ukraine in 2017. However, the draft reform it is not. As explained in the Ministry of social policy, it is expected that the reform will allow for seven years to eliminate the deficit of the Pension Fund and only after that officials will take up the second level.

If the cumulative level work, part of the salaries of Ukrainians will pay for pensions for current retirees, and separately, a few percent of salary to the personal account. And when retirement will be possible to receive pensions from two sources – jointly funded pillar of the pension system.

Note, currently 8 million Ukrainian pensioners receive 1312 hryvnia. While the consumer basket with a minimum set of goods and services worth of 3,200 USD. In fact, the majority of Ukrainians “retirement” living below the poverty line. The average pension in Ukraine as of April amounted to only UAH 1828.