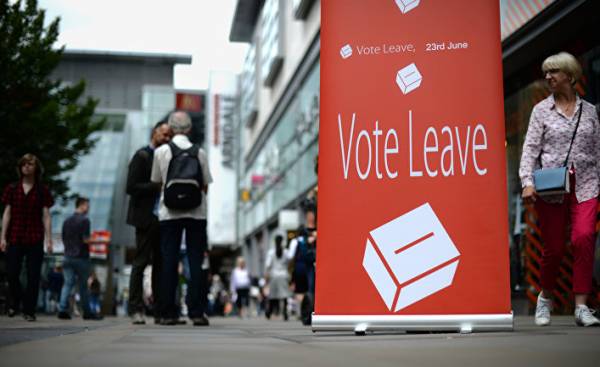 In connection with the defeat inflicted by Emmanuel Macron right populist marine Le Pen in the presidential elections in France, the European Union and the Euro has avoided a dangerous situation. But geopolitical risks continue to grow.

Negative populist movement against globalization in the West has not diminished with the victory of Macron and can still lead to protectionism, trade wars and a sharp restriction of migration. If the forces of disintegration will win, then output of the United Kingdom from the EU could eventually lead to the disintegration of the EU — with or without Macron.

At the same time Russia continues to behave aggressively in the Baltic States, the Balkans, Ukraine and Syria. In the middle East there are still some failed States such as Iraq, Yemen, Libya and Lebanon. Sunnis and Shiites, leading to proxy wars between Saudi Arabia and Iran, show no signs of action to stop these wars.

In Asia, the balance of the United States or North Korea on the brink of war could lead to military conflict on the Korean Peninsula. China is also involved in this situation, and in some cases even leads to an escalation of the process in connection with its territorial disputes with neighbors in the region.

Despite these geopolitical risks, global financial markets improve and reach new heights in their performance. So it’s worth asking, if investors underestimate the potential of one or several of these conflicts that could trigger a more severe crisis, and what is needed to heal them from excessive arrogance, if they are exposed to it.

There are many explanations of why the markets continue to ignore geopolitical risks.

Let’s start with the fact that even in the blazing middle East oil shocks of the proposal or of the embargo and the revolution of shale gas in the US has increased the supply of cheap energy. During previous middle East conflicts such as the Yom Kippur war of 1973, the Islamic revolution in Iran in 1979, Iraq’s invasion of Kuwait in 1990 — was recorded serious shocks in the supply of oil that caused the global stagflation and a sharp correction of stock market performance.

The second explanation is that investors extrapolat their behavior from the results of previous shocks such as the terrorist attacks of 11 September 2001, when politicians saved the situation by supporting the economy and financial markets strong monetary and fiscal policy. These strategies have transformed the results of the market turmoil in the possibility of making profitable acquisitions because of falling prices of assets restored for several days or weeks.

Thirdly, the countries that actually experienced a localized shocks market shocks asset — such as Russia and Ukraine after Russia’s annexation of Crimea and invasion of Eastern Ukraine in 2014, are not too big States to economically affect the U.S. or global financial markets. Similarly, even if the UK will hold a “hard Brakit”, it will make only about 2% of world GDP.

The fourth explanation is that the world still has been spared from the adverse risks associated with today’s geopolitical conflicts. Still there was no direct military conflict between any major powers, and collapsed, neither the EU nor the Eurozone. Mostly constrained by the more radical and populist policies of U.S. President Donald trump. And China’s economy has not yet suffered from the sharp slowdown that can lead to social and political instability.

In addition, the market is pricing issues caused by unpredictable events with devastating global consequences, referred to as “Black Swan” ‑ an extremely incredible “unknown unknowns”, which is unlikely, but very ruinous. For example, the market could not predict the terrorist attacks of 11 September in new York. And even if investors believe that if there will be another major terrorist attack, they can not know when it will happen.

The confrontation between the U.S. and North Korea can also turn into an event of type “black Swan”, but it is likely that this event will not affect financial markets. One of the reasons is that despite the bluster trump, the United States have very few realistic options for military action: in the event of a US strike North Korea might use conventional weapons to wipe from the earth Seoul and its suburbs, where nearly half the population of South Korea. Investors can assume that even if there is limited exchange of military strikes, it will not result in a full-scale war, and adopted the programme of action can soften the blow to the economy and financial markets. In this case, as with the terrorist attack of 11 September, the primary market correction will create the opportunity for accretive acquisitions.

But there are other possible scenarios, some of which also may be “black swans”. Given the risks associated with direct military action, the US is now allegedly used cyber-weapons to eliminate North Korea’s nuclear threats to the United States. This may explain why so many missile tests of North Korea in recent months has failed. But how to respond to North Korea that it will be beheaded in the military?

One answer is that North Korea might carry out its own cyber attack. Possible North Korean cyber weapons are considered to be only slightly lower than that of Russia and China, and the world got a glimpse of it in 2014, when North Korea hacked the software company Sony Pictures. Serious North Korean cyber attack could disable or destroy the critical infrastructure of the United States and cause enormous economic and financial damage. This is a big risk, even if the US can undermine the entire industrial system and the infrastructure of North Korea.

Or, faced with the destruction of its missile programmes and the regime, North Korea can use low-tech weapons, sending the ship with a “dirty” nuclear bomb in the port of Los Angeles or new York. An attack of this kind is likely to be very difficult to control or stop.

Thus, while investors may be right in reducing the risk in the event of a conventional military conflict between the United States and North Korea, they can also underestimate the threat of this event type “Black Swan” in the case of a devastating cyberwar between the two countries or an attack using a dirty bomb in the United States.

Will the escalation of the situation on the Korean Peninsula to the opportunity “to buy at bargain prices”, or it will mark a massive collapse of the market? It is well known that markets can assess the risks associated with normal development. But they have much more problems fighting with the “knight’s Uncertainty”: a risk that cannot be assessed by the magnitudes of probability.