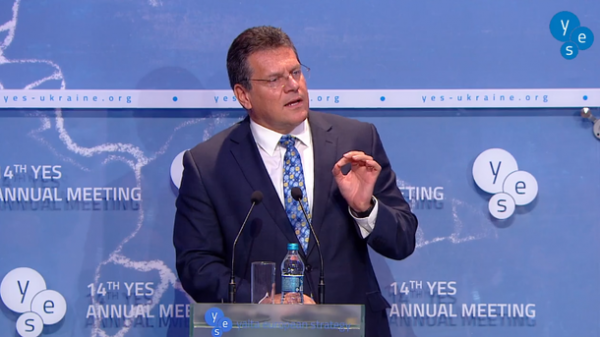 Vice-President of the European Commission on Energy Union maroš Šefčovič spoke at the Yalta European strategy, positively assessing the achievements of Ukraine on overcoming the crisis.

“Over the past few years Ukraine has made more reforms than in the previous 20 years… YES I remember two years ago when we watched in horror for the exchange rate, inflation. We must not forget that it was only two years ago, and now the country’s cleared the banking system, began the growth of the economy” – said Vice-President of the European Commission.

According to him, Ukraine entered the same economic cycle and Europe, all member countries which also came to economic growth over the past two years

“25% of Ukraine and EU in both directions improved trade for the first few months of a free trade Zone. But this is not the end, I see a lot of potential. Reform, for example, in the agrarian sector can give a lot…” – said Vice-President of the European Commission.

According to him, visa-free regime and free trade zone is two tools “which can bring Ukraine and Europe closer.” Sefcovic noted and a large energy potential of Ukraine.

“Gas transit through Ukraine after 2020 is a priority for the European Union”, – said Sefcovic.