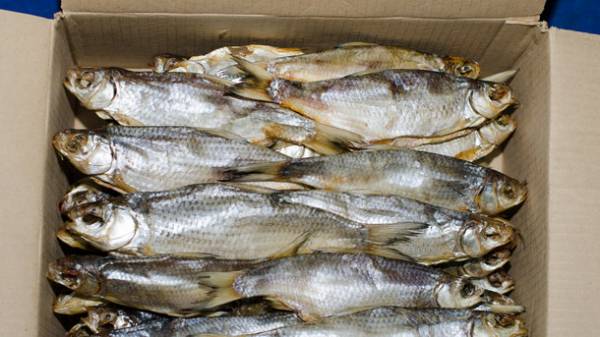 In Kherson the woman was diagnosed with botulism after she ate dried fish, according to Rospotrebsoyuz.

According to the husband of the victim, they purchased dried carp in one of the local supermarkets.

The next day, the woman’s health deteriorated in the morning on may 26 the ambulance, she was admitted to the hospital.

To date, the victim continues treatment in the intensive care unit.

At the initiative of the Department of Rospotrebsoyuz in Kherson all products withdrawn from sale and placed in custody.

We will remind, in Kiev three people became ill with botulism after eating dried fish. One person after poisoning the fish died.