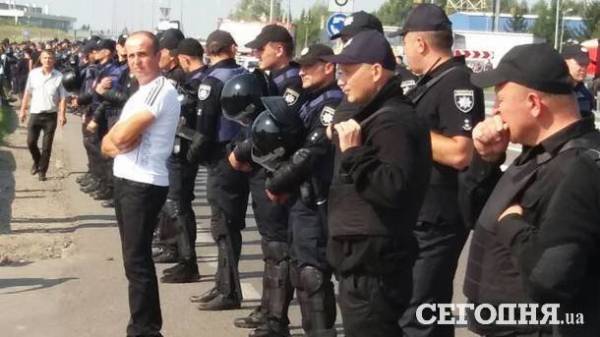 In the course of events related to breakthrough in the Ukrainian-Polish border at the checkpoint “shehyni” on Sunday, September 10, injured 13 police officers and 9 employees of the State border service. This was stated in the Ministry of internal Affairs of Ukraine.

“Following the events of the 10th of September at a border checkpoint during protection of a public order were injured and received injuries of varying severity 13 9 police and border guards,” – said the Director of the Department of communication of the Ministry of internal Affairs of Ukraine Artem Shevchenko.

He said that one of the police officers proximal humerus fracture and other injuries of lesser severity.

In particular, according to him, the protocols were composed against four Ukrainian journalists, ten foreigners and against the very Mikheil Saakashvili.

Earlier it was reported that in the course of events at “shehyni” injured 16 security officials. The police have already made information on the fact of breaking the boundaries of Saakashvili in the Unified register of pre-judicial investigations under article 332 “Illegal transportation of persons through the state border of Ukraine”. Article provides imprisonment for the term from three to seven years, if these actions committed on preliminary arrangement by group of persons.