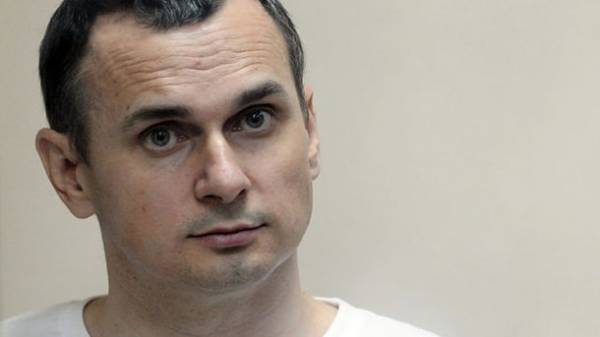 Ukrainian film Director, a political prisoner Oleg Sentsov sent to the detention center of Irkutsk.
About this stated in the Public monitoring Commission of Irkutsk, reports the website of the Council of defenders of Irkutsk.

As told the human rights defenders Sentsov, the reason of transfer from a penal colony in Yakutia in the detention center of Irkutsk he doesn’t know.

According to the report, currently Sentsov is “in the basement “red” corps of Irkutsk prison — in solitary”.

According to the ONC, the conditions in the chamber “is good, the camera after repair of fresh, clean, dry”.

Earlier it was reported that Ukraine together with the world will continue to fight for the release of unlawfully convicted in Russian Director Oleg Sentsov. The President of Ukraine Petro Poroshenko said in his message to the workers of cinematography on their professional holiday.