Luxury retro car, there looks suspiciously like a British Shelby Cobra, was spotted in Odessa, according to Autonews.

A car parked near the Opera house.

“Something strange, even without a windshield, probably in the helmet goes,” commented the Governor what he saw. 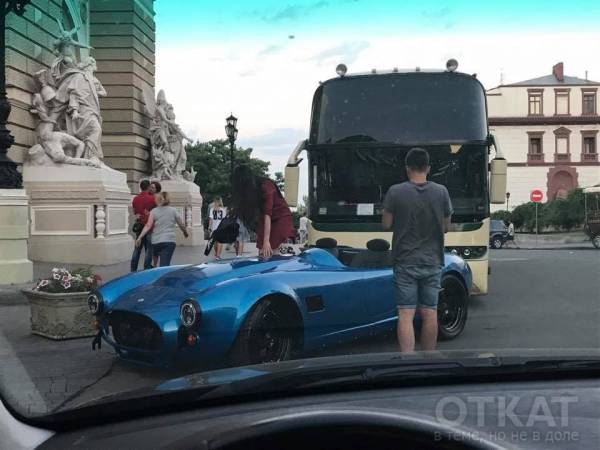 British sports car Shelby Cobra was manufactured by AC Cars from 1961 to 1967. It was a car with aluminium bodywork hand-built space-frame of steel pipe.

The first 75 cars “Cobra Mark I” (including the prototype) were fitted with the engine “Ford V8 Windsor 260 HiPo” (4.2 l). The remaining 51 Mark I Cobra was equipped with the more powerful “Ford Windsor V8 289 HiPo” (4.7 l). The car was manufactured in the UK, installing the engine and painting produced in the USA.