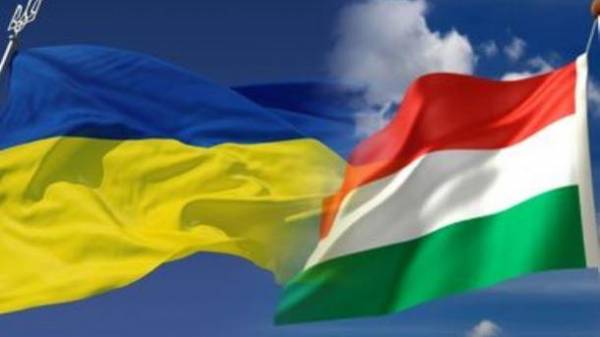 The Hungarian government expressed strong protest against the new law “On education”, adopted by the Verkhovna Rada on Tuesday. This is referred to in the statement of the foreign Ministry of the country on the government portal of Hungary.

“Ukraine has hit Hungary in the back, making amendments to the law on education, which strongly violates the rights of the Hungarian minority,” said the Minister of foreign Affairs and trade Peter Szijarto Hungarian news Agency MTI from Tallinn, where he is at the informal meeting of foreign Ministers of the EU.

The Minister Sidarto noted that, in his opinion, one of the most important topics on the agenda of the Ministerial meeting was the amendments to the law of Ukraine on education, which was adopted in the new edition this week.

“We think it is shameful that the changes (to the law. – Ed.) much violate the rights of the Hungarian minority, and shameful that the country that seeks to develop an increasingly close relationship with the European Union, adopted a decision which is completely contrary to European values. It is unacceptable that Ukraine has deprived the Hungarians the right to learn in their native language in schools and universities and left them the opportunity to do this in kindergarten and the early grades,” said Minister of foreign Affairs of Hungary.

According to him, this law threatens the activity of most schools of Transcarpathia.

“Ukraine’s decision not only violates the interests of the 150-strong Hungarian minority, but also for Ukraine ignore international obligations, also contrary to European values. Accordingly, the Hungarian government will be intensified on all possible European forums that the new rules are not in force,” added Sidarto.

The foreign Minister of Hungary stressed that this was particularly unfriendly to Hungary, given the fact that in recent months, the Budapest several times, explained the Ukrainian administration that the amendment is a strong violation of Hungarian interests, but Kiev still took it.

“This was done despite the fact that in recent years Hungary has provided Ukraine a few forms of assistance, which was of fundamental importance in the process of European integration, and the security and social situation in Ukraine”, – he said.

“We were the loudest supporters of the visa-free regime for citizens of Ukraine, we were the first to ratify the Association agreement between the EU and Ukraine, we transport natural gas to Ukraine via Hungary, we have provided Ukraine with 600 million forints of humanitarian aid and allowed free stay in Hungary for 2600 Ukrainian children in the past three years. Accordingly, a policy decision in education of Ukraine can only be regarded as a blow to the back of Hungary and the Hungarian people,” concluded Sidarto.

Previous concerns adopted by the Verkhovna Rada law on education has expressed Romania.

As you know, September 5, the Verkhovna Rada of Ukraine adopted in the second reading the bill # 3491-d “On education”. The document was voted by 255 MPs.