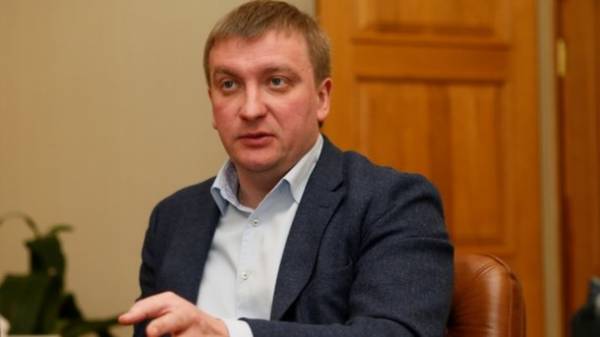 Ukraine is trying to prevent the stay of criminal proceedings against the fugitive politicians, so you have to judge them in absentia. This was stated in interview to “RBC-Ukraine” the Minister of justice of Ukraine Pavel Petrenko

According to him, Ukraine is trying “to forestall” to miss the fleeing politicians are criminals.

“The sense of conviction of fugitive Ukrainian politicians is an international practice, designed to prevent the stopping or pausing of the development of criminal cases from-for absences of the suspect or the accused. Someone who is hiding from the investigation and the investigative authorities and the court no objective way to bring this man to trial”, – said Petrenko.

He explained that thanks to the conviction in absentia was able to move cases of crimes against the Maidan.

“We can conduct pre-trial investigation, suspects shall be informed about it through the media and, if desired, can participate in the process, can defend but can’t stop. The state wins that in case of further ignoring of the case the accused can still issue a default verdict and carry out the confiscation of illegally obtained property,” the Minister said.

Petrenko added that convicted in absentia a person detained abroad, “otmataet” the whole sentence, if it will give Ukraine.

As it became known today, the ex-President Viktor Yanukovych and ex-Minister of justice Oleksandr Lavrynovych informed about the suspicion the seizure of state power in Ukraine through constitutional coup in 2010.