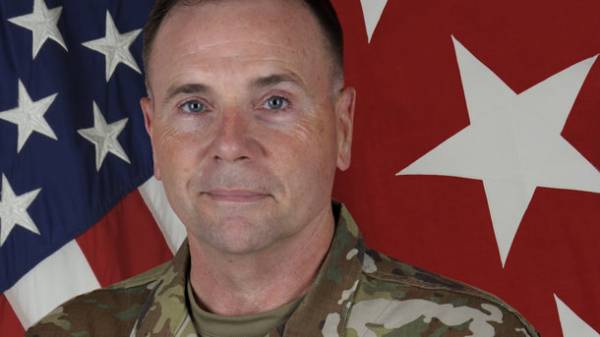 During a visit to Poland Minister of defence of Ukraine army General Stepan Poltorak met with the commander of the Land forces of the U.S. Armed forces in Europe, Lieutenant General Frederick Ben Hodges. This reports the press service of the defense Ministry of Ukraine.

As reported, during the meeting Poltorak invited Hodges to take part in the celebration of the 26th anniversary of Ukraine’s Independence and the military parade which will take place on August 24 in Kiev on Khreshchatyk.

In addition, the Minister of defence of Ukraine congratulated the commander of the US army in Europe with the award – the Order “For merits before Poland” – presented to him by the President of Poland Andrzej Duda.

We will remind, during visit to Poland Poltorak and his Polish counterpart Antoni Macierewicz discussed the situation on the Russian-occupied Donbas.

In particular, Macierewicz stressed the importance of the contribution of the Army of the Ukrainian people’s Republic in the defeat of Bolshevik troops during the battle of Warsaw 1920.