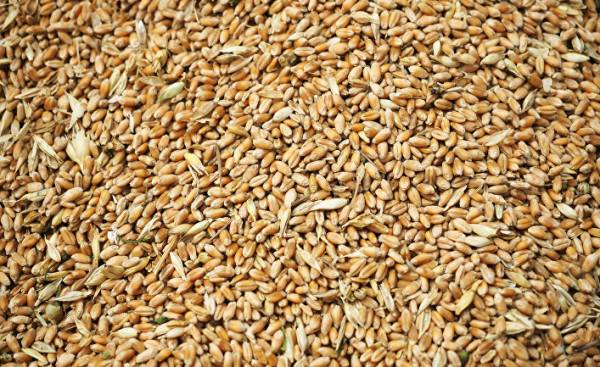 The removal of Russia from the list of countries that are allowed entry into Turkey wheat, maize and vegetable oil without paying customs duty since March 15, will result in negative consequences from the point of view of each of the two countries. It’s a decision that complicates the position of Russia at its second largest export market of wheat, creates for Turkey risks to lose the position of world’s largest exporter of flour. Enterprises in the milling industry of Turkey, which cannot establish a competitive price for domestic wheat, despite the fact that at the same time is a manufacturer of grain import from Russia high-quality wheat at the most suitable price, Refine it and perform export. A significant increase in expenditure on imports from Russia can strike a blow for the competitiveness of mills in the international market. From July 2016 to January 2017 Turkey imported from Russia, 1.9 million tons of wheat. In international sources, reflected the information that the Russian exporters to overcome the problems with Turkey, and the second most important market for them, asked the Minister of agriculture Alexander Tkachev to take action.

Our competitiveness will be weakened

The head of the Association of the milling industry of the Aegean region and Board member of Industrial chamber of Aegean region of the Turkish party Haluk (Haluk Tezcan), who reported that in 2016 Turkey through exports 3.2 million tons of flour provided inflow of foreign currency amounting to more than one billion dollars, drew attention to the importance of Russia to the flour. “This will be a problem for us, in terms of establishing a competitive export prices. Because the domestic market price for wheat is higher because of support to farmers in Turkey, the cost of domestic production is not competitive from the point of view of exporters. From Russia we buy the best-quality wheat at the right price. To find an alternative to Russia, but we will have to pay a higher price. Obviously, this will negatively affect our exports,” — said the Turkish party.

Haluk the Turkish party underlines that Turkey, on the one hand, loses foreign exchange earnings, on the other — dooming your flour sector, exporting to different countries, to unfair competition. “Now many companies in the milling industry began to close their plants here and to bring the flour from Bosnia and Herzegovina. There is now the courts began to come flour. In Turkey, there is no such price opportunities as in Bosnia. While the flour is brought out at 1.04 for Turkish liras per kilogram, the sale price of the domestic flour — 1,3 Lira. The difference — 27%”. The Turkish party had drawn attention to the fact that the European mills also exports to Turkey through Bosnia and Herzegovina. “From many countries of Europe in Bosnia and Herzegovina delivered the wheat — origin is not given much importance and are processed. Because it is an industrial commodity in this country, his through Bosnia without customs duty exports to Turkey. With the intensification of European and Turkish businessmen importing flours to Turkey in the last three years largely increased,” — said the Turkish party.

Economy Minister Nihat Zeybekci (Nihat Zeybekçi), noting that the softening that occurs recently in political relations with Russia is not reflected in economic indicators, said: “Visa obstacles for our companies there restrictions on entry of Turkish trucks continue. There are still restrictions on the import of our agricultural products at $ 450 million. Our exporters requesting a license for internal processing regime (DIR), ceased to enter Russia in the list of the countries from which they intend to import. Our imports to $ 1.8 billion, if this continues, may fall to zero”.

A spokesman for the Russian Federal service for veterinary and phytosanitary surveillance (Rosselkhoznadzor) Julia Melano said that Rosselkhoznador no plans to cancel the restrictions imposed on Turkish products. As reported Gazetem. EN, in early March, was published the decree of the Russian government allowing shipments of onions, cauliflower, broccoli, salt and carnations from Turkey. Despite this, meat, chicken, tomatoes, cucumbers, grapes, apples, pears and strawberries are still in the list of prohibited goods. In a few words in a statement to the newspaper “Izvestia”, said: “the Rosselkhoznadzor is considering the possibility of lifting restrictions imposed on the supply Turkish products.”