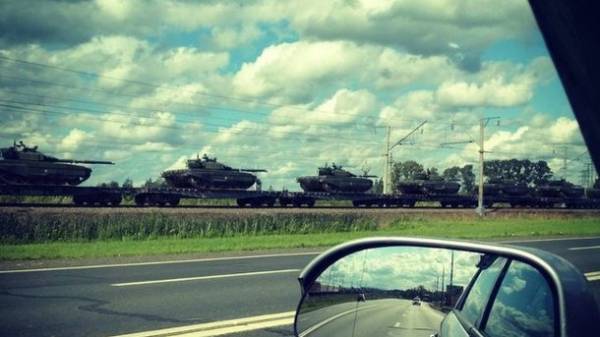 Russian-Belarusian joint military exercises may end the attempt to break through the soldiers without insignia into the side of the Kaliningrad region.

This was stated by the representative of the General staff of the Armed Forces Colonel Vladislav Voloshin, reports Еспресо.TV .

“There is Suvalki corridor of Belarus and the Russian Kaliningrad oblast divides. This is quite a small distance, it is Poland and Lithuania. And spend in this corridor such an operation with “itemname” is quite simple. As the events in Crimea and the Donbass”, – said Voloshin.

Another danger of these exercises, he called the danger that a certain part of the Russian military contingent may remain in Belarus.

“Russia said that it has introduced in Belarus 3 thousand. At the same time, how much she actually introduced, no one knows, she can bring 3 thousand. 3 entered, 3-led… And how much real she could leave? Therefore, we do not exclude this possibility (that the part of the Russians, who will take part in the exercises, will leave in Belarus – ed.)”, – said the representative of the General staff.

He reminded Vladimir Putin’s words “they are not there”. “There is also “no”. They can also hide them in Belarus and saying, “This is not our war,” – said Voloshin.