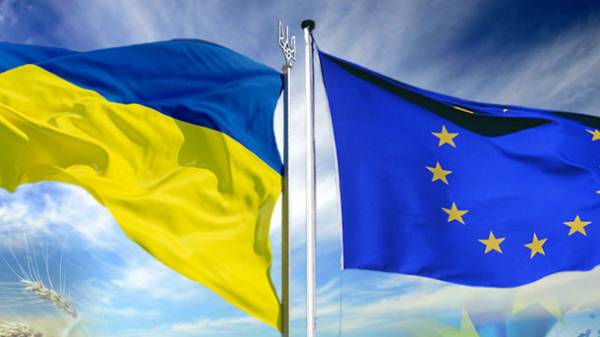 This Friday will finally come into force the Association Agreement between Ukraine and the EU. “Today” has learned, as many experts and politicians described as historic, has influenced our country and what else will change from 1 September.

APPROVAL. The economic part of the agreement, the President of the EU and Ukraine was signed on 27 June 2014. However, for a long time, the document was not ratified. And in April last year in the Netherlands held a consultative referendum in which more than 60% of voters opposed the approval of the Agreement. By the end of 2016 has been developed a compromise document, which contained additional conditions for the ratification of the document by the Netherlands. In particular, the Agreement should not provide for automatic membership of Ukraine in the EU, giving us security guarantees, the right to participate in the defense unions and the right to employment of Ukrainians in Europe. In the end, two months ago, the EU Council approved the Agreement, thereby finally completing its ratification.

“The ratification process is almost completed all 28 member countries of the EU. From 1 September the contract will be released at the final stage of its implementation”, — said the head of delegation of the European Union to Ukraine Hugues Mingarelli.

THE IMPROVEMENT IMMEDIATELY. The agreement will impact on almost all spheres of life in the country. For example, through the gradual reduction of import duties (a maximum transition period in this part of the document is 10 years old) in Ukraine should become cheaper European goods. In the first place — appliances, shoes and food.

But with the cars from Europe will be more difficult: by Agreement we can increase taxes or even enter a new one if the import of cars from abroad will harm domestic producers. In addition, over the next few years we will have to adopt European standards of production. First to meet will have children’s toys, elevators, refrigeration and freezing cameras — already in 2025, these products have to be “in Europe”.

Finally, the document requires significant improvements in the energy sector. For example, Ukraine should receive the free markets of electricity and gas supply. The co-Chairman of the Fund of energy strategies Dmitry Marunich, necessary laws for this have already been taken: one in the last year, and the second — just six months ago. “On the gas market adopted a law that guarantees equal access to any market participants for the right to engage in gas supply and unhindered access to all pathosystem. As for electricity — there is the same situation, but there’s just a huge amount of secondary legislation and set a two-year transition period which need to have all these documents have earned,” he said.

RISKS. Economist Ivan Nikitchenko noted that the economic part of the Agreement has been working for almost three years and from 1 September it is unlikely that it will change dramatically. According to him, you need to wait for transition periods. “But you should pay attention to the fact that the norms of ratified international treaties is more important than ours. For example, there are norms that change the validity of certain documents and the procedure for their work. We had three years to harmonize all this, but the issue has been resolved only partially. There is a possibility that from September 1 in some areas appears confusion: someone will interpret the rules according to our laws, others European.”

Quota of the European Union: the raw material against production

One of the most important points of cooperation between Ukraine and the EU, spelled out in the Agreement is the issue of quotas. For example, in June the European Parliament supported an increase in quotas for several agricultural products from Ukraine — corn (from 400 thousand tons to 1050 tons), barley (from 250 thousand tons to 600 thousand tons), honey (from 5 thousand tonnes to 8 million). However, according to economist Alexander Okhrimenko, this issue is not going smoothly. Some EU quota selects just a few months, while others are virtually ignored.

“Wheat choose completely, like the barley corn. A quota of confectionery products 2000 tons used only 2%. This is due to the fact that Europe, with hands ready to tear raw materials, but finished products buys not so active — there are accustomed to their brands. Well, to promote the brand in the EU, we need billions of hryvnia,” — concludes the economist. 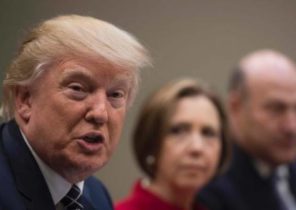