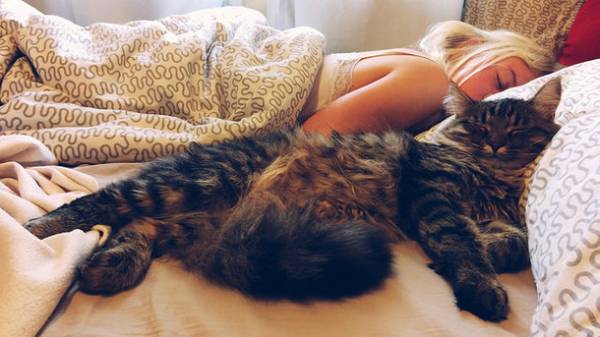 Short sleep duration and frequent awakenings at night increase the risk of heart disease, according to sobesednik.ru.

If you are one of those people who sleep little and Wake up all night and tossing and turning under the covers, this sad news for you. Japanese scientists have proved that poor quality sleep combined with his lack greatly increase the risk of heart attacks. These are the results of studies involving nearly 13 000 people. It turned out that nevirapine people are also half as often faced with severe angina. We are talking primarily about those who need more than an hour for falling asleep and who spends less than 6 hours of sleep every night. The study showed that such people are 52% more at risk of heart attacks and 48% more strokes. Those who sleep less than 6 hours 24% more likely to have heart attacks. The authors of the study tried to figure out what the rationale for such a connection. However, it can be assumed that poor quality of sleep disrupts the processes used by our body for essential functions.

In particular, frequent awakenings at night have a negative impact on the sympathetic nervous system that increases heart rate and raises blood pressure. The researchers note that the number suffering from sleep disorders people approximately one and a half times higher among patients who in the past have experienced strokes and ischemic heart disease. The findings of this study support the hypothesis that poor sleep leads to cardiovascular diseases. It is hoped that if people can improve sleep quality and solve some problems associated with this, the risk of heart disease will be reduced.