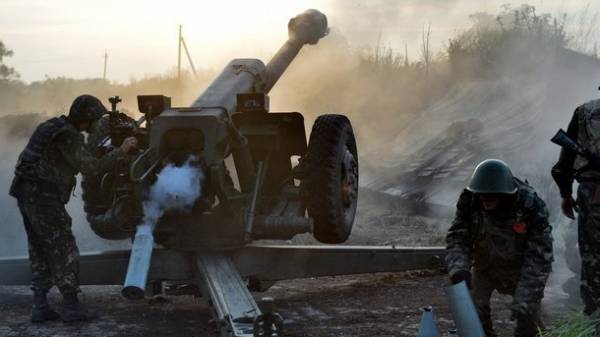 In the Donbass very difficult to determine who is the first to break the truce, and there are a number of reasons. Told about it in interview to the edition “Business capital”, Deputy head of the monitoring mission of the OSCE Alexander hug.

He explained why in the Donbass difficult to establish which side first opened fire.

“Advanced positions of the parties moving. And this is the place (fire. – Ed.) on both sides of the line of contact. Very often this exchange is not just infantry against infantry, but the infantry against the artillery, the fire can be conducted from static positions and movement of positions of the parties. In this case, to determine who started the fire, it is highly difficult, if not impossible. When our observers, who are on the frontline, I see that artillery firing from a certain direction – these facts have been highlighted in the reports of the Special monitoring mission, which are in the public domain. At the same time it does not allow us to assert that fired first, for example, side “B”. Because it is possible that a few kilometers behind the patrol, was fired in the other direction, and the patrol could not see and hear. Previous fire can be a reaction to it. For example, it may be that the trees for the hidden tank that moves forward but doesn’t shoot. And fire was directed on the tank in order to stop him. It is also possible that the drunken soldiers had discharged a queue of shots to the sky, and the opposing side takes it as offensive fire and opened fire in response,” said hug.

According to him, the reason for ongoing are still skirmishes on the front line is too close distance between the opposing sides.

“It is important that armed forces and groups were not placed too close to each other. After all, if the distance between the positions of only 100-500 m (as in Peski, Avdeevka, Yasinovataya, Pikuach or Shirokino), the level of tension will be high. The second fundamental reason is a concentration of weapons (tanks, mortars…), which should be reserved for certain lines. And we are daily reported in our reports that both sides keep the arms close to each other in violation of these lines”, – said the Deputy head of the OSCE mission.

Hug also said that in the Donbass not to return fire.

“Perhaps, repeatedly in the news, you have heard statements like “We didn’t start the fire, and opened in response.” But the return fire is too fire! In the Minsk agreements there is no provision that would allowed to return fire. Any return fire is a violation of the ceasefire. And there is no exception. And there’s a reason. Since there are numerous reasons for the firing, it is difficult to determine who started the shooting, and who responded. But in this situation it is necessary to understand the main thing – any firing must be stopped,” he added. 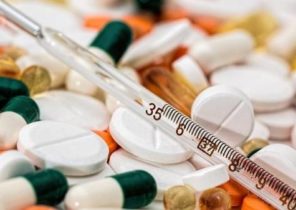