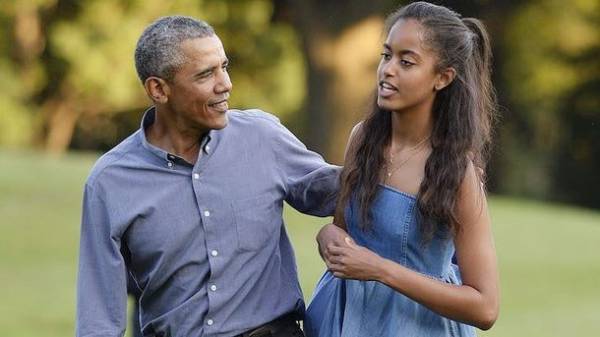 The daughter of former President Barack Obama Malia recently moved out of his parents ‘ house in the dormitory of Harvard University, but was tired of the annoying of fans and admirers, writes “life” with reference to the portal TMZ.

When Malia together with a friend was walking in the center of Cambridge (Massachusetts), they saw a strange woman. She ran to the girls and asked to do a picture for her and her grandson. Malia politely refused.

Meticulous fan was not satisfied and tried to take a picture of a girl on the sly. When Malia saw it, she asked, “are You going to push me (the camera. — Approx. Ed.) in the face like I was a caged animal?”

According to the information portal, in the end, the woman still took the photo.

Earlier it was reported that Obama’s tweet broke the historical record for popularity.

Putin: West has asked me to influence Yanukovych