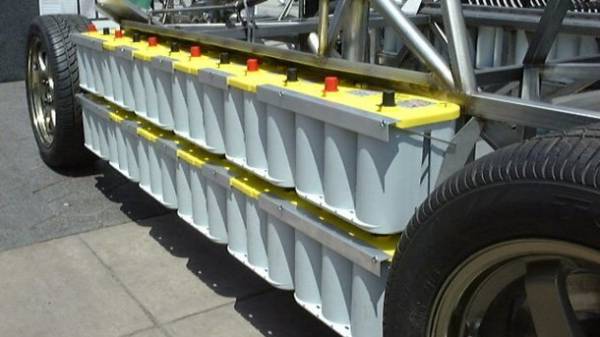 Now the demand for electric cars in the world at times exceeds supply, and this imbalance will continue for several more years until, while classic automakers will establish mass production of their own models of ecological cars. According to the forecasts of Morgan Stanley, by 2020 2.9% of the projected 99 million new cars of the world market falls to the share of electric cars. In 2025, the figure will amount to 9.4% of the 102 million new cars.

All this future influx of electric vehicles requires new powerful batteries, and more specifically lithium – alkaline metal – to create them. The expected rapid increase in demand for lithium in the next few years will alter the global segment of its production and processing, writes “Business capital”.

Deposits of lithium in the world is enough: estimated based in Germany chemical groups of Chemetall, the global lithium reserves of 28 million tons (equivalent to 150 million tonnes of lithium carbonate). Last year it produced 35 thousand tons of lithium. This is insufficient to meet the growing demand for the metal.

Lithium mining companies realize that future profits so far exist only on paper, and to materialize, it is necessary to change ourselves and change the rules on the lithium market. The first thing companies have already begun to do, is to enter into long – term contracts for the supply of lithium to have a reason to attract additional investments to develop oil production capacity.

“We just approved a medium-term strategy to increase our capacity, which is based on the future growth of our customers’ needs in raw materials, – quotes Reuters the Volume of Sneberger, the head of the fourth world’s largest lithium company FMC Lithium (USA). Priority number one is to get raw materials in required quantity and of high quality.” In another company, which is in the top four, the Chile – Sociedad Quimica Y Minera (SQM) – also announced that from next year, moving to long-term contracts.

Global lithium market is dominated by four companies that provide 68% (or 78%, according to estimates by Wood Mackenzie) production of lithium carbonate equivalent. “The top four will maintain their dominance for another five years until other major players,” predicts Jeremy Kent from Allianz Global Investors, adding that they are beginning to build up power. But for the big players fit and fine.

To increase the volume of production runs parallel with an increase in capacity for the direct production of batteries. This year Tesla has already started construction of a specialized plant in Australia 1 Gigafactory that will produce batteries with a total capacity of 35 GW/h. the Same volumes of production the project is implemented in Germany by local companies. The volume of investments in the construction of the German plant will be 1 billion dollars. Money for the project gathers the Frankfurt startup TerraE Holding. Further all as usual, go to the Chinese. According to a report by Bloomberg by 2021, China is going to build several plants for the production of lithium batteries with a total capacity of 120 GW/h that’s enough to provide 1.5 million battery electric vehicles.

While the demand for lithium has not reached the predicted peak international companies have started to buy on the cheap licenses and rights to develop deposits in countries where there are deposits, but not extracted. Sometimes this trick is like in the Congo, sometimes not, as in the Czech Republic.

The Australian company European Metals asked the Czech government to begin exploration and subsequent development of the field near the town of Cinovec. According to the company, the deposits of lithium in Czech Republic is 3% of world reserves. European Metals ready to produce 6 million tonnes of lithium carbonate equivalent. However, against the plans of the company rose Czech Communists and some other political parties who believe that it is impossible to give the Czech lithium in private hands. According to estimates by activists, an Australian company earns 80 billion dollars, if it manages to implement the project in full, and the money in the budget of the country will get a penny.

The Czech government has listened to the perturbation of the Communists and the proposed European Metals to reconsider conditions of cooperation.

According to the Minister of industry and trade jiří Havlicek, will create a public-private venture on the basis of the company Geomet, which is the Czech unit of the Australian European Metals.

According to Russian geological prospecting and exploration of ore containing lithium, be about 500 million tons, and according to this indicator, Ukraine is the leader among European countries. We have three major fields: in Donetsk, Kirovohrad and Zakarpattya regions. But the country is not the industrial extraction of lithium and the need for metal was satisfied by imports from Russia. By the way, in Russia for a long time were the development of the deposits in the Murmansk region, but in recent years mining there ceased.

The interest of Ukrainian entrepreneurs to lithium exist, and there have already been attempts to start commercial production in Transcarpathia and Polkowska field (Kirovohrad region). In both cases, the companies willing to develop, had the dubious origin and they were connected with individuals with corrupt past and present. Further attempts to obtain a license to develop a no-go.
With the growing demand for lithium on the global markets, Ukrainian deposits will not remain without attention of foreign companies, and sooner or later we should expect attractive offers from them. But Ukraine is not going to be late, beginning the development of fields on their own in the next few years.