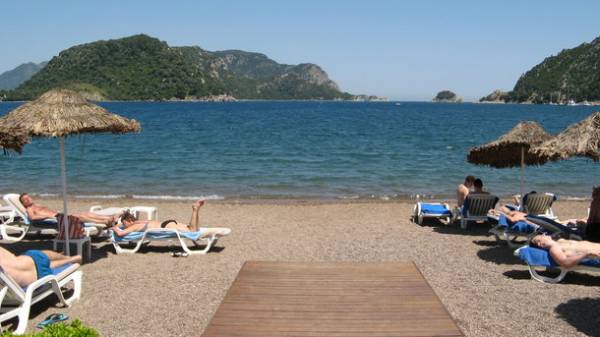 Tourist flow from Ukraine to Turkey for six months in 2017 has increased by 27.77% compared to the same period of 2016 and up to 530,258 thousand. This was announced by the Ministry of culture and tourism of Turkey.

According to the Agency, the most popular among Ukrainian regions in the first half of 2017 has traditionally remained Antalya, Istanbul and the resorts of the Mugla province, Fethiye, Dalaman, Bodrum and Marmaris.

For the first half of 2017 the number of tourists from Ukraine to Antalya increased by 44% to 282,112 thousand people, thus, Ukraine ranks third in tourist arrivals to Antalya.

The Ministry of culture and tourism of Turkey predict a continuing trend of growth of Ukrainian tourist flow in the “velvet season” to the end of the year.