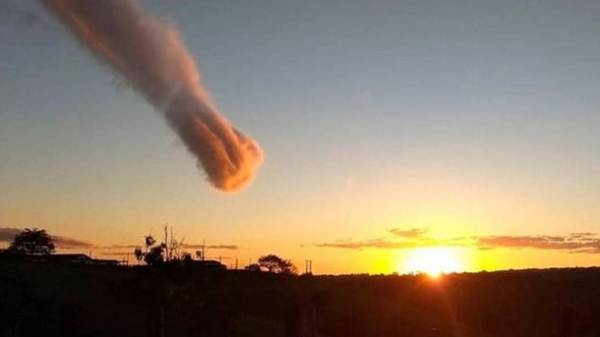 An unusual cloud that resembles the “hand of God” frightened residents of the Brazilian town of Teixeira de Freitas, reports channel 360.

Abnormal natural phenomenon was observed residents of the Brazilian city Teixeira de Freitas lagoon, located in the state of Bahia in the South-East of the country. In the sky above the city suddenly appeared a cloud, is strikingly similar whether staying at the fall of a meteor, or “hand of God”.

Some residents have linked this phenomenon with the supernatural events, and even prophecies about the coming end of the world, others just enjoyed the view and shared the images and video of unusual natural phenomena in the Network.

Some of the witnesses were afraid that a terrible cloud can turn into a devastating tornado. However, after some time the cloud dissipated as suddenly as it appeared.

Currently, the origin of this strange shape of the cloud is unknown. Meteorologists have not yet reported whether it was formed as a result of natural weather conditions or there are some other explanations. 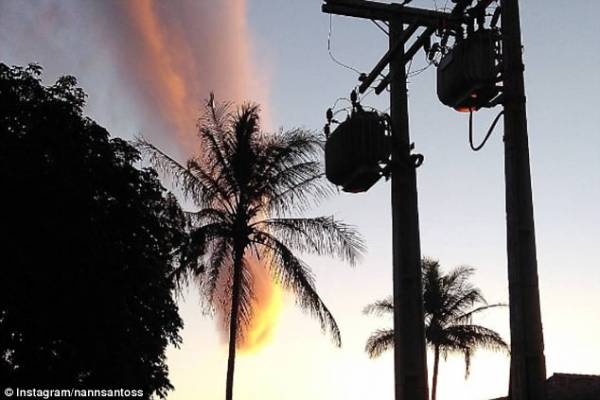 We will remind, the residents of Washington and new York watched the Northern lights.