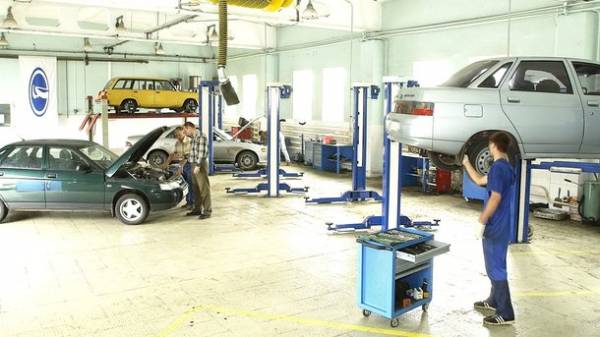 Car repair for the motorist can be compared to going to the hospital: painful, expensive, and a lot of hassle. Well, if there is “their” proven a HUNDRED, which you know cars and mechanics you can trust, and will do for themselves: without replacement of spare parts to earn. Unfortunately, such luxury is not at all. And many motorists have to wander between different STO in search of treasured “price-quality”. Moreover, the repair of foreign cars, of which Ukraine lacks, the fun today is not cheap: order parts from American or European currency.

To diagnose or “treat” his “iron horse” motorist may have official dealers or their legal representatives, even if the car is not brand new and not bought in Ukraine. However, you can turn to the private STO, popularly called “garages” — that are less than “officials”.

That wins and loses the motorist, serving from official dealers, we were told the Director of SRT Anatoly Balousha, chief mechanic fleet Alexander Ivanenko and mechanic station of the official dealer of Sergei Danko.

ANYONE WITHOUT OFFICIAL BAD

To maintain warranty service after buying a new car, you need the entire warranty period (usually 100 thousand km or 3 years) to be served on the official STO. The same applies to a car loan: typically, such a vehicle need to be serviced only at the official station. By the way, some of the insurance from which you buy the hull, is also required. Of course, in the first case, you can immediately refuse, but then the car will be more difficult to sell: the advantage of the sale — first owner serviced only at the official. Under warranty the owner pays only for the consumables (oil, filters). With a loan to “get out” of the official will not work with the insurance — you can select more loyal to SK. After assurances from officials refuse 90% of motorists. 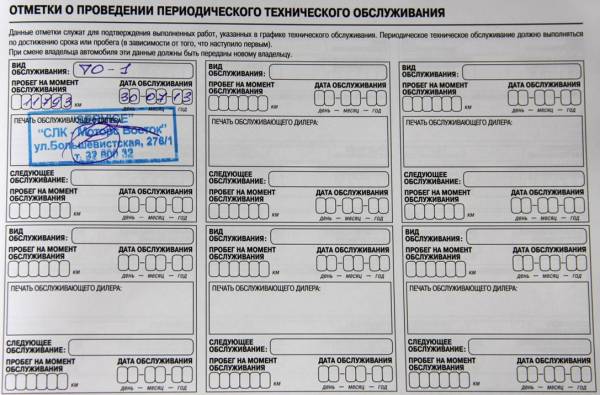 Guarantee — to the “official”

The main and very important advantage of the service the official is service. You’re on the record, “complaining” for a problem, hand over the keys and either wait a couple of hours in the waiting room, sipping coffee or tea, using the wifi and all the benefits of comfort expectations. Or, if the repair is long, many services call a cab that the client will not experience discomfort, and sometimes (prolonged fixation) give another car to replace it. After repair at the official service stations, you can complain or praise their customer service definitely finds out what we liked and what not.

Another plus — “service campaign”: many manufacturers are free to change the “problem” of which you complain in the world. Well-known Japanese brand replaced the clutch in all cars of a certain year and specific model. To learn about these “campaigns” can only be serving the official. By the way, to get to the profile stations can be anyone, even before colliding with him.

THE ISSUE PRICE: DETAILS AND INSTALLATION

The main argument of motorists — maintenance of the official honey. Thus, the average cost of man-hours to profile a HUNDRED — 300 UAH/hour, depending on the service. At the garage, the price starts from 150 UAH/hour. Further — details. The official will not put aftermarket or bought on dismantling the item on your car, and any new original part will cost many times more expensive. For example, original side glass will cost 6-12 thousand UAH, about a thousand will cost the work to install it. The same glass, bought on the market, even Chinese or from a car involved in an accident, can be bought for 1,5—3 thousand UAH, and your master will install it for 500 UAH, simultaneously correcting a couple of details.

But the official is a plus: guarantee. Besides, the sale of original spare part, mounted on the official service must be indicated in the service book, which will play a positive role. In the case of poor maintenance of the official your bugs will fix faster than the private owner uncle Bob. In other words, to prove wrong the official is easier than brawling with private traders.

ALL I NEED: LISTEN TO

Almost everyone who served on the official service, faced with the offer to replace parts that can not be changed. “I have something knocking in the engine — from Kiev says Lera Litovchenko, serving your KIA only on the official service since 2010. Went to official service, though car without warranty already. Counted 40 674 UAH (!) — replacement of the cylinder head. I don’t understand, but the amount scared. Friends recommended “another opinion” — from private owners. The owner Oleg listened to the engine and immediately said that it is not in the engine, and it was necessary to change 1 bearing, 2 saltblock, and 2 “some zhelezyachki”. In the end, all with integer, cost me 4600 UAH”.

Unfortunately, this situation is very common, especially for the uninitiated motorists. The official can replace an entire node, not to bother with disassembling it, of course, at the expense of the client. Of course, to guarantee that the same will not make the traders was impossible, but private HUNDRED opportunities to “turn around”, and they stick up for each client. Experts recommend that if there is no desire to abandon the official, in any case, to conduct an “independent diagnosis”. And if the diagnosis match the official and private owners — to fix. That’s just to monitor the repair of the official station are not allowed: you take your friend and get back. Privateers are also particularly scrupulous motorists will be able to be present during the repair.