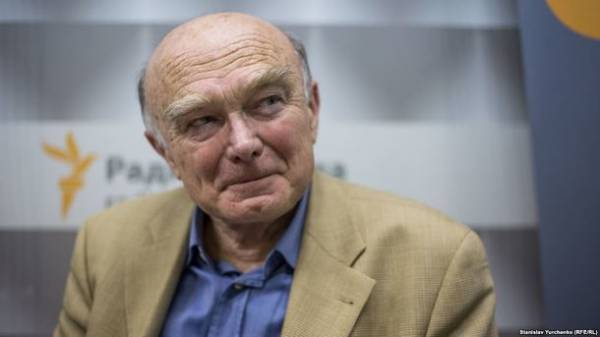 Head of Department, Institute of history of Ukraine NASU Stanislav Kulchitsky believes that despite the fact that Ukraine is alive a generation that remembers “pioneer times” and does not see Russia as an enemy, the mental separation of the Ukrainians from the Russians has already occurred.

Answering the question whether Ukraine during three years of war to become less dependent on Russia, he admitted: “It is a question of questions.”

The historian explained: “it’s in generations. The generation that was Soviet, which was brought up in pioneer days in the Soviet Union, sees no danger in Russia. But two of the Maidan generation is to ensure that we finally tear off from Russia.”

According to Kulchytsky, during the period of confrontation with Russia, “from month to month, from year to year we change.” “Finally, mental we have broken away from Russia.”

He is convinced that the most important thing at this stage for countries to “strengthen the unity between different regions.”