In Ukraine develop a strategy of energy development until 2035. Main priority is energy independence. Domestic production of gas may be sufficient for the needs of both people and industry. According to experts, in five or six years the level of production can be significantly increased, allowing to refuse from import of gas. However, explain energy, it is necessary to invest billions of dollars. The parliamentary Committee on fuel and energy complex, together with the Razumkov Centre has developed a draft development strategy for the energy sector. The website “Segodnia” visited the presentation of the project and find out what opportunities await Ukraine in the next ten years.

Is it possible to abandon the import of gas?

In Ukraine there is a sufficient amount of the raw resource to fully meet the energy needs. However, in order not to import gas from Europe, I’m sure one of the founders of the Ukrainian Institute of the future Amelin, you need to invest in own production from 3.5 to 5 billion dollars. Given that only in the last few years Ukraine spent on imports of gas of about $ 100 billion, the amount of investment is relatively small. According to estimates of the Institute for the future, these investments will allow Ukraine to annually produce about 30-35 billion cubic meters of gas – the need for imports completely disappear.

According to Prime Minister Vladimir Groisman, if Ukraine as a result of energy efficiency and increasing domestic production of gas declined from energy imports, the hryvnia exchange rate could retain at the level at 18.5 hryvnia. “I saw a dimension that shows, if we had extracted gas in Ukraine, and didn’t buy it for hard currency, the dollar would be today, with all the problems that we have would not be worth more than 18.5 hryvnia,” – said the Prime Minister.

In addition, it would allow several times to reduce the tariff for gas for the population, the result would be cheaper heating and hot water. “We are importing gas at the price of about $ 200 per thousand cubic meters, value of production – $ 40 per thousand cubic meters. Ukraine can reach the full maintenance of all energy in 5-6 years. In this case the right investments in the amount of $ 20 billion, including 3 billion dollars investment in gas production”, – said Anatoly Amelin.

“Ukraine can reach the full maintenance of all energy in 5-6 years. In this case the right investments in the amount of $ 20 billion, including 3 billion dollars investment in gas production”, – said Anatoly Amelin.

By the way, about five billion dollars Ukraine has spent on the nationalization of PrivatBank. This is the sum necessary in order to significantly increase gas production and to abandon the import.

As the head of the Board of “Ukrgazvydobuvannia” Oleg Prokhorenko in an interview “Segodnia” Ukraine in 2015 will require 34 billion cubic meters of gas, 20 billion of them – Ukrainian gas, the rest have to be imported.

“I think, under normal fiscal policy, with a stable regime, the industry could reach the level of production of around 30 billion cubic meters. That is, if we would be so close to energy independence as possible,” said Prokhorenko.

In addition to investments, experts believe, to the growth of production is necessary to change the tax laws, to reduce rental rates.

“Investment needs over four years to increase three times. How to achieve this result? The tax system needs to change. Now for mining companies, there are eight different rates, depending on the form of ownership, depth, type of fossil. This system needs to be changed in the strategy should indicate how to achieve this”, – said the Executive Director of the Association of gas companies novel opimah.

In the strategy it says: it is necessary to conduct the reorganization of “Naftogaz”, to amend the existing legislation to create competition in the gas market, to make the gas industry is transparent. However, concrete steps to achieve these goals, the authors of the strategy are not described.

How can change the energy market

The largest sector of the economy, which affects the development of the entire economy – energy, confident member of the parliamentary Committee on energy Natalia Katser-Buckovski. Energy independence, says the Director of energy programs of Razumkov Center Volodymyr Omelchenko, the main objective of the strategy until 2035. “In the energy balance planned to increase the share of renewable energy sources, from 5.7 to more than 20%. The chamber of Commerce say: why are you only in a 3.8-fold increase in recoverable sources? We need to be grounded in reality and not fly in illusions. Two times of coal in the energy balance will be less. It concerns the fight against climate change. The share of nuclear power will be stable,” – says the economist.

“In the energy balance planned to increase the share of renewable energy sources, from 5.7 to more than 20%,” – says the economist.

“To increase gas production – the mantra of all politicians, says MP Olga Belkova, But no one says what we will do”. Now MPs has developed several bills that will simplify acquisition of land by gas companies to conduct exploration, to reduce fiscal pressure and open all registers. 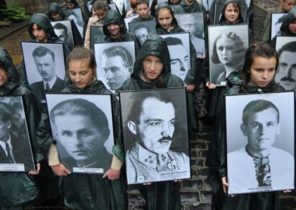