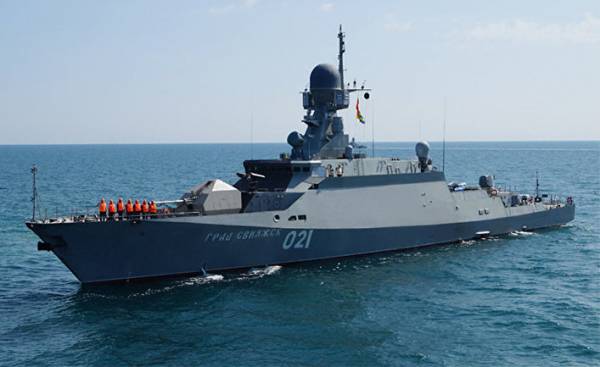 International forces are distributed according to geographical position between the land and naval forces. Such actors like Britain and the United States, the power of the sea and the ability to predict events may play a major role in determining regional and international politics. Relying on their Navy, they can overcome any blockade, using the potential for increasing exports by redistributing trade in sea Straits and by manipulating the ability to control trade in times of war and peace.

Russia has a powerful military potential, a favorable geographical position and extensive gas reserves, providing Europe. This forces other States to reckon with its interests. And yet Moscow fears that are not sufficiently protected by the sea, if the opponents plan to organize a blockade. Sea defence line strong enough to state this size that pushes Russia to strengthen Baltic fleet. With the same purpose, Russia has occupied the Crimea in 2014 to get access to the Black sea. However, the Peninsula gives only a limited influence in its Northern part. So then Russia went to the Mediterranean and built their base on the Syrian coast.

The recent document signed in Russia (we are talking about the “Fundamentals of state policy of the Russian Federation in the field of naval activities for the period till 2030”, the document was signed on 20 July 2017 — approx. ed.), identifies the commitment of States to control international waters as a threat to national security.

Russia confronts the West, which limits its impact in the Baltic sea through the containment of the Baltic States, is geographically part of the European Union. It is perceived as a long-term Russian geopolitical ambitions. Moreover, the Baltic sea is of particular importance in the defence of Russian borders against NATO expansion.

It is worth noting that the US focus on geopolitical theory Nicholas Spykman, according to which the world is divided into three parts: heartland, inner Crescent or outer Crescent. To the heartland belongs to Russia, and according to this theory, whoever controls this area, controls the world. Since Russia occupies a large part of this territory, the United States seeks to strengthen control over the internal States of the Crescent, bordering Russia. It is planned the deployment of us missile defense system on the territory of the European Union, also do not forget about the nuclear weapons deployed in some European countries during the cold war.

This document describes a nuclear threat from the United States. Russia is confident the negative consequences of this step planned by the leadership of America.

The document, recently approved in Moscow, said that the US desire to control international waters is a threat to national security. Russia drew attention to the increasing emphasis on the oceans and US attempts to limit her access to the Straits. Russia urges US to set the parity of the naval forces.

To reduce the threat of Russia signed the new document, which refers to its ability to apply naval Arsenal, including submarines and warships. Also indicated is the need for the development and maintenance of the Russian ships and marine systems, especially cruise missiles.

The document says that the USA are a greater threat because of the possible use of nuclear weapons, as the forces of the Navy, the U.S. is still superior forces of Russia. Armed America are naval ships to patrol the seas, aircraft carriers, submarines, amphibious ships and ships carrying cruise missiles, performs a protective function, as well as destroyers and carrying torpedoes to destroy enemy ships.

However, Russia, by signing this document, has demonstrated its willingness to prevent a naval blockade, and increase the share of imports of naval weapons, especially in light of the conflict over marine resources.