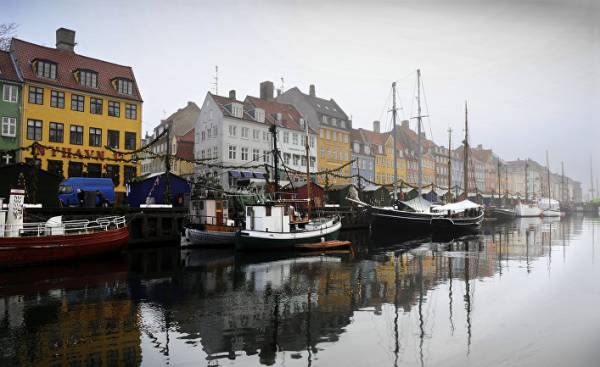 Recently the so-called Social Progress Index confirmed what we already know: Denmark is the best country in the world. Take all key factors: the chance to drink clean water and breathe fresh air, live long and without illnesses, have access to free education, to feel safe, as crime is low, and the roads reliable to be a part of country life and at the same time, free to live the life he himself chose to believe in what they want and say what you want, whoever you were.

Mix, shake and pour in cocktail glasses, and it appears that all Danish tastier.

Moreover. Denmark is the least corrupt country in the world, according to the organization Transparency International, and in addition to this, the Danes often go ahead in the world rankings of happiness.

Sometimes they drive you crazy. Why all Copenhagen buses have to be plastered with pictures of naked female body parts with issues I do not have time to get a “new Breasts”? No, you don’t. Sometimes you want to have fewer articles written by women who explain how their incredibly annoying that their life choice (to send their children to nursery from six months/never to give children in the garden/not to have children at all) does not cause a huge respect for absolutely everywhere. Also one would wish for a smaller state programs dedicated to sex and nudity.

Political efforts to define “dotscot”, don’t solve any real social issues. And by the way, how is it possible that in a country that is at the forefront of the development of wind energy, still trains ride on a smelly diesel? Or service! Plunging into the abyss of shame, you’re cashing out from the store, after bothering the staff with your stupid questions and your stupid and an utterly stupid with money.

And still I have to admit that I get a little happier. A little better you feel because of clinic work well, and none of the staff have never questioned that for the treatment this small minor injuries after childbirth, it is obviously necessary to resort to state-funded surgery. Be a little happier from the fact that all communication with authorities is via e-mail. And every weekend adorns Weekendavisen, with its exquisite blend of deep political journalism and analysis of foreign reports, philosophy, religion, scientific discoveries and all kinds of culture.

Much happier you become, watching Danish politics instead of Swedish. Here politicians do not act automatically. Many journalists, even on television, trying to explain the policy itself and not just behind it the game. Here politicians are not satisfied with what is only “strongly condemn” ISIS. They send pilots and bombers, to fight the sect of assassins, not only in word but in deed. Beneficial to live in a country where the debate on defence policy is based on the gratitude the United States of Europe for the decades of peace and security.

And while Stefan löfven (Stefan Löfven Prime Minister of Sweden, approx. TRANS.) continues to insist its “all must share the responsibility”, the Danish social Democrats are discussing the possibility to create a camp in North Africa, where people will be able to apply for asylum. The goal is to stop the smuggling of people and misery of a sinking boat, but also to prevent the flow of economic migrants, which European cities will soon cease to cope.

“Denmark is a little easier, a little more honest”.