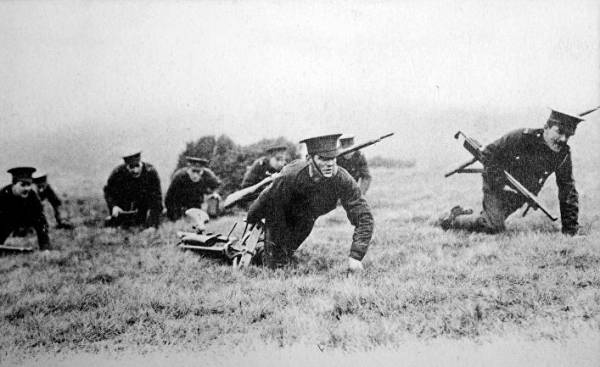 Interview with Professor of the Warsaw Academy of martial arts, former Deputy and acting Minister of defence of Poland Romuald Sheremetiev.

— Rzeczpospolita: “War! We felt purified and liberated, we had great hopes”, wrote in 1914 in his diary Thomas Mann. What was hope, which prompted the beginning of the First world war?

— Romuald Sheremet’ev (Romuald Szeremietiew): they May have been related to the fact that the nineteenth century was a period of rapid technological development. People were convinced that the new tools and features they can easily achieve anything you want. Let me remind you that it was a turning point for many areas. Appeared not only the gun but also mass media, radio, gramophone, ocean liners, Railways, canned food — a huge number of inventions in various fields. Further the so-called trench warfare and the mountains of corpses have changed, however, look at these things.

— Everything was massive, including war.

— Was that war is a matter not only of soldiers. Earlier military actions have affected the civilian population not so much. Of course, someone could not be lucky, and he was in the area where the battle was developing, but in the XX century there were aircraft, tanks, artillery, automatic weapons. Service of these weapons had to attract a huge number of people, military action went far beyond the line of trenches, which met the army. The second world war was comprehensive to an even greater extent.

Suffice it to recall how many people died in the carpet bombing, and later — in the Wake of the nuclear strikes on Hiroshima and Nagasaki. In the military action were all involved, not just the military. It was a turning point in the methods of warfare change for the worse.

— To the XX century, the war was called the continuation of tournaments. Philosopher Piotr Nowak (Piotr Nowak) from the University of Bialystok said that in the past war served as a tool for reviewing existing social hierarchies, the goal is to destroy the enemy it was not intended.

In our civilization there was the so-called knightly ethos: a certain set of rules, which was to follow everyone who uses a weapon. These rules are ordered to respect the enemy and the vanquished side. At the beginning of the First world war, the honor code was still in effect. French soldiers didn’t want to change into field uniform, believing that to be masked from the enemy’s unfair. They continued to wear red trousers and blue jackets, which the French army suffered heavy losses. Fire knight’s ethos could not resist.

— What was fought the previous war, relied on the honor code?

— To defend their rights in international relations was mainly through war. It is possible to achieve their goals or to preserve what the country has. Moreover, the war was an important means to Express the power and importance of the state. The face of the war, however, depends on the used combat means. Usually it was a melee weapon, high — imperfect small. Engaging in battle with the enemy, the soldiers looked him in the eye. The people, the knights, who sought to defeat the enemy, engage him in direct physical contact. In this environment, was formed and acted knightly ethos. Technology of the twentieth century changed everything. The gunner or the pilot of the plane, dropping bombs on the city, can’t see who they kill. To kill at a distance, not seeing the victim, is much simpler: less bad conscience. New weapons of war are allowed to kill more!

— How wars of the past really helped defuse the tension?

— It was clear that the match ends a dispute, reveal the winner and losers. The situation was made clear to all. A model of war in the early nineteenth century described in his reflections on war, Prussian theorist of the art of war Carl von Clausewitz. He believed that in modern conflict the role of the match will play the so-called decisive battle: the armies of the two States meet in one place and join the battle. The side that was defeated, obliged to capitulate. It was an attempt to combine the principles of knight’s duel with the conditions of modern war, in which a mass army. Later theorists began to wonder whether such decisive battles.

— Now, perhaps, no one sees nothing dishonorable in trying to avoid a decisive battle.

Nowadays it is believed that the weaker party of the conflict should be avoided battles “for life and death”. In a collision with a stronger enemy, she is drawn to an asymmetric action that is called is not very accurate terminal “hybrid war”. Decisive battles is gone, along with jousting contests.

One of the greatest political theorists Carl Schmitt (Carl Schmitt), called war time, when there is the unity of the nation. He argued that only in war a people becomes a Mature political body, it creates a closeness that is not able to produce any other event.

— Of course, there are military clashes, which unite the society, serve the nation. This happens when a country has to defend himself. So many times it happened with Poland, as is happening now with Ukraine. An example of an event that brought together poles, can be called winning the war with Bolsheviks in 1920. If we remember the Warsaw uprising, we will see that even an armed rebellion that ended in tragic defeat, could later become a factor in the formation of the national community.

I personally have such a value war causes mixed feelings. Modern warfare has become so destructive that we still try all means to keep the peace, to avoid war. English theorist of the art of war Basil Liddell HART (Basil Liddell Hart) believed that the winners of the conflict are those who are trying to find solutions outside of the battlefield. He wrote: “the ideal strategy is one in which it is possible to achieve goals without large-scale battles.” However, it has long been taught by the Chinese philosopher sun Tzu.

— Is there now in Poland there are some forces that want us entered the war?

— I don’t think that someone puts themselves such goals. Those who call for war, should be called suicide. War is a real tragedy. After the collapse of communism in 1989 in Europe has decided not to raise more of a question of boundaries. The second world war changed the shape of Poland, we have taken large territories in the East, and Lviv and Vilnius was abroad, it was an obvious injustice.

But the attempt to change the status quo today will lead to conflicts whose consequences can be unpredictable. The policy of Vladimir Putin is dangerous because Russia began to force move the boundary. This is the path that leads to the outbreak of war and even nuclear cataclysm. So I am sure that in our country no one seriously thinks using the war to strengthen the position of Poland in the world. Although this does not mean that we should forget about the formation of defensive capability.