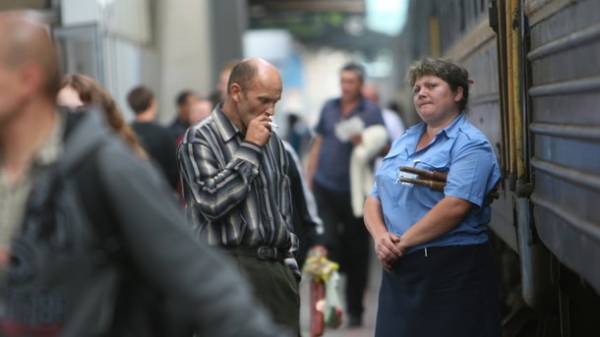 Forty degrees of heat and Packed tight window to escape from the heat in a hot car is no place. In such a situation recently were passengers of the train “Kherson-Kiev” – they had to break the Windows to ease the trip. And passengers of flight “Odessa-Kiev” had to go all the way standing. What conditions must be in the train during the trip, learned website Today.

The temperature in the trains, Windows and sockets: what conditions must be in train

Ukrainians complain of poor ventilation and dirty toilets in the trains. In Ukraine the conditions of comfort and service in trains of the prescribed sanitary norms and rules of transportation of passengers. According to the norms, the temperature in the cars Suite and the compartment cannot exceed 26 degrees, and the need to run air conditioning. To the second-class carriages there is no such requirement, however, should always work with ventilation. Check the temperature by thermometer – it is in every car. Sanitary standards the handler must include a ventilation or air conditioning a half hour before boarding. In winter, the temperature in all cars must be 18-22 degrees.

If the car or a luxury coupe is not air conditioned, you need to write a complaint and seek transfer to the car with the air conditioning. Book of complaints is at the head of the train. Also the complaint can be duplicated on the hotline “Ukrzaliznytsya”.

According to the railway company, 62% of the cars there is no air conditioning. Almost all second-class carriages, they are generally not provided. And state health standards do not set maximum permissible temperature in cars. However, have to work ventilation. Its serviceability can be checked if exposed to the ventilation of the hand. If it is not blowing, you need to ask the conductor to turn on the ventilation, since it is prohibited to turn off. Also need to choose the right place, because not all car Windows are opened, as are the emergency exits. In second-class carriages are places from 9 to 12 and from 21 to 24, and – 43, 44, 49 and 50. 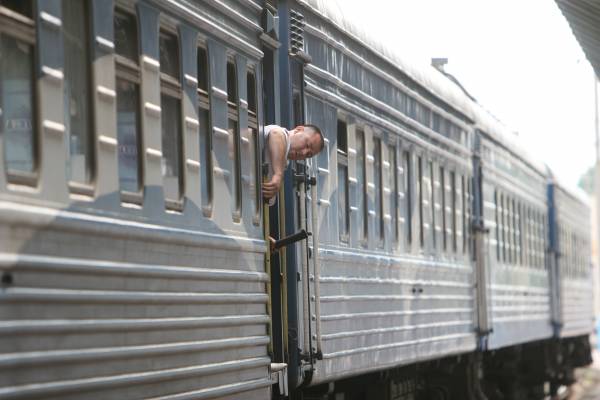 The handler must clean the handrails on the train stops in front of the entrance and exit of passengers. Photo: A. Iskritskaya

In Ukraine trains are divided into 10 classes. In each of the different conditions of comfort and service – they are listed in the Rules of carriage of passengers by rail.

All must be in working condition. Before serving on the flight, the train should be clean. If the cars found roaches or mice, they are forbidden to serve the route. You can also write a complaint, if the toilets are not supported in clean. In addition, the conductor is obliged to wipe handrails doors to exit the train.

If a passenger noticed that the car did not work ventilation, air conditioning or other problems, you need to apply first to the conductor, said the lawyer of the company “Ilyashev and Partners” Ilyas Magomedov. Your requirements for the trip can be argued, referring to the Decision of the Cabinet of Ministers of Ukraine №252 “About the order of service of citizens the rail transport” and the requirements of SanPiN 7.7.2-015-99 “Operation of a movable part of the railway transport for passenger trains”.

“If communication with the conductor did not bring the desired result, and the problem is not resolved, contact the head of the train. If you fail to solve the problem through an appeal to the conductor or train Manager, they should demand the book of complaints and to make the essence of the problem already in it. You can also submit a complaint via the hotline or email listed on the website of PJSC “Ukrainian Railways”, – says the lawyer.

What “special” rights and opportunities is the passenger

To leave earlier. Passenger can reissue the ticket on the train for a few hours or days before the flight, which is the ticket. But if this train has empty seats.

Error in the ticket. The ticket allowed three errors in spelling of name.

Get off the train for a few days. The law allows you once to get off the train at any intermediate station and a few days later to continue the trip for free. At intermediate station stopping passenger needs in one hour after the arrival of the train to show the ticket to the person on duty on station, the stationmaster or station. He should check the “Stop with the extension of the validity of the ticket”. On the continuation of the trip is given 10 days after departure of the train. To continue the trip paid a small amount of the reserved place. 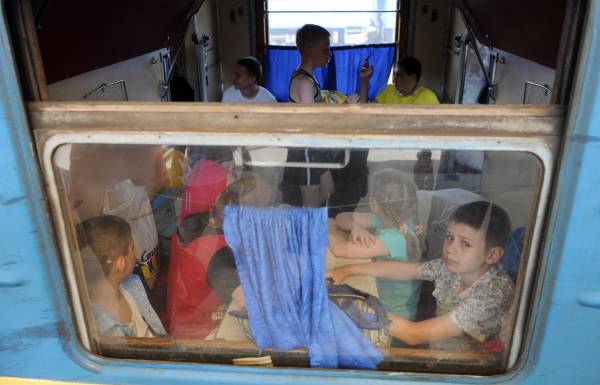 Ukrainians complain of poor ventilation and dirty toilets in the trains. Photo: ITAR-TASS.

Free to return to the departure stationif you took the wrong train. In this case, the head of the train is the act which gives the passenger the right to return back to the departure station of the train without paying the fare. If upon return to the station of departure, the passenger failed to get on the train specified on the ticket, he must show the ticket and act for the extension of validity of the ticket. However, you will have to pay the rate for the reserved seat.

If you forget a ticket from the mourners, to his telegram. No later than an hour the mourners who left the ticket must show it to the head of the station, which will send a telegram to the head of the train. In this message, the passenger is issued a new ticket on Board the train. However, if the telegram does not come after four hours, the passenger will have to pay a fine for ticketless travel and to leave the train.