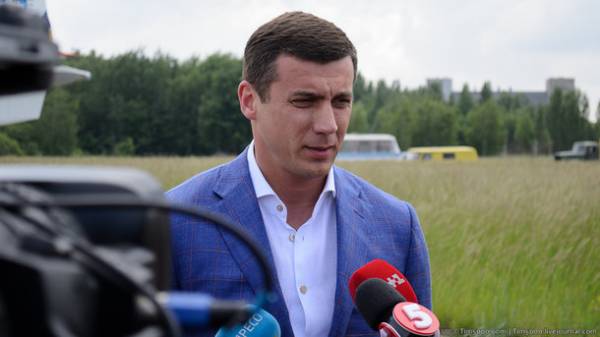 The President of the Antonov state company, part of state concern “Ukroboronprom”, Alexander Kotsyuba decided to leave his post, according to the website of “Ukroboronprom”.

“He successfully headed leading Ukrainian aircraft manufacturing company more than a year. During this time, Antonov was sent to the first flight of the An-132D, increased financial performance, strengthened positions on the world market and expanded partnerships with global giants,” – said in the message published on the website of the state Corporation on Tuesday evening.

It is noted that Kotsyuba actively developed the company, worked on the reform of its units in accordance with international standards and “has shown himself as a successful Manager.”

“Now Alexander Kotsyuba decided to change the scope of work and to return to private business. GC “Ukroboronprom” thanks him for his fruitful work at the head of a leading Ukrainian aircraft company and wishes success in further business projects”, – stated in the message.

Antonov, the leading Ukrainian developer and manufacturer of aircraft, a recognized leader in the niche of transport aircraft the General-purpose. The company is cooperating with the 76 countries of the world. By decision of the government, from April 2015 is part of the state concern “Ukroboronprom”.

We will remind, earlier it was reported that Antonov plans to produce 70 planes in five years.