During those 25 years that have passed since the end of the cold war, relations between the US and Russia often driven by many deep grudges, delusions and disappointments. I have experienced the consequences of this tension in the years when as a diplomat I was in Moscow, while Russia was trying to find itself, weaving between hope and humiliation in the era of Boris Yeltsin, and later in the atmosphere of strict control and primitive ambitions of the Kremlin of Vladimir Putin. I have experienced the consequences of this tension and in Washington, working on the administration of the Republicans and Democrats.

Both sides had a lot of illusions. The US has oscillated between dreams of strong partnership relations with Moscow and its disregard of her like a sullen regional power experiencing long-term decline. Russia, which had hoped for a strategic partnership with the United States eventually began to attempt to put an end to the current international order, under which the US took Russia a subordinate role.

The reality is that in the foreseeable future our relations with Russia will remain a relationship of rivals, and sometimes enemies. This is primarily due to fundamental differences in their worldview and how they see the role of each other in the world.

The basis for the aggressive intervention of President Putin and his foreign policy in General, there are two motivating factors. The first factor is his conviction that the most reliable way to restore Russia’s great power status is to destroy the world order headed by the USA. He wants Russia not restricted to Western values and institutions to enable it to operate freely within their sphere of influence.

The second factor is closely linked to the first. The legitimacy of the system of Mr. Putin is a repressive system of control depends on the availability of external threats. When oil prices were high, he strengthened the social contract with the Russian people through a rising standard of living. I saw it with my own eyes in Moscow, when he occupied the position of Ambassador about 10 years ago, when Russia grew rapidly, the consumption level and formed a middle class. But Mr. Putin has lost this trump card, when world oil prices fell and the West imposed sanctions against Russia, with its commodity-dependent economies, where real reform is hindered by the imperative of political control and corruption.

Being a staunch realist, Mr Putin is aware of the relative weakness of Russia, however, prefers to regularly demonstrate that even the flagging powers able to cause no less harm than the emerging powers. And he sees a lot of targets around you.

If he can’t easily strengthen Russia, it may slightly weaken US through his characteristic tactical flexibility and willingness to hard the game and risks. If he can’t achieve the formation of the Pro-Russian government in Kiev, he can seize the Crimea and try to take the next step-making Ukraine incapacitated. If he is unable to prevent regime change in Syria, he can demonstrate there is the military power of Russia, to weaken the West’s position and preserve the regime of Bashar al-Assad on the ruins of Aleppo. If he can’t directly intimidate the EU, it can influence it, supporting the nationalist movement within it and use the wave of migration, which was partly provoked by his cruelty. At every opportunity he exposes the hypocrisy and the seeming helplessness of the Western democracies, blurring the boundary between fact and fiction.

What are we to do? Russia is still too big, proud and powerful, so we can ignore it, and the only nuclear power, comparable in strength with the United States. It remains an important participant in the problem solving process, from the Arctic to Iran and North Korea. We must first focus on the important aspects before trying to achieve your goals. The first step is to maintain and if necessary reinforce the measures the Obama administration has taken in response to a hacker attack Russia. Russia has thrown a challenge to our democratic system, and the next battleground will be the election landscape of the EU in 2017.

The second step is to convince our European allies of our commitment to the principles of NATO. American politicians telling each other “don’t forget about your base,” and that this principle should be the basis of our policy towards Russia. Our allies — this is not a stone around the neck of America, and a powerful and valuable asset that makes us stronger.

The third step is to focus on Ukraine, a country whose fate in the near future will determine the fate of Europe and Russia. It should not be about membership of NATO or the European Union — this is still very far away. The idea is to help Ukrainian leaders to build an effective political system, which Russia is struggling to prevent it.

Finally, we should extremely be wary of this at first glance attractive ideas, as the universal war against Islamist extremism or General attempts to “contain” China. The bloody campaign in Syria has made the terrorist threat far more serious and, despite long-standing concern with China’s rising power, Mr. Putin does not want to sacrifice its relations with Beijing.

During his diplomatic career I have learned a few lessons. I learned to respect the Russian people, their history and resilience. I realized that should not be neglected and underestimated Russia, as well as to show wanton disrespect for her. But I also learned that firmness, vigilance, and a healthy understanding of boundaries is the best tactic is interaction with a flammable mix of resentment and feelings of insecurity, which embodies Vladimir Putin. I realized that we have much more advantages in the game with Mr. Putin. And if we play consistently, with confidence in our strengths and not apologizing for our values, we will eventually be able to build more stable relationships, free from any illusions.

William burns — President of the Carnegie endowment for international peace and former Deputy Secretary of state. He was the U.S. Ambassador to Russia from 2005 to 2008. 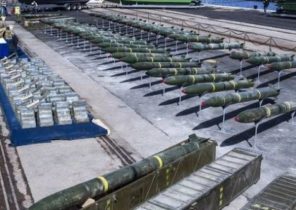