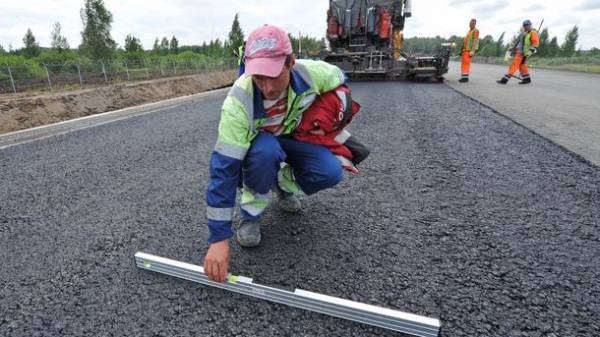 The authorities once again promised the Ukrainians to do good, but this time a toll road. As reported by the acting head of the state Agency of roads of Ukraine “Ukravtodor” Slawomir Nowak, starting with the construction of new toll motorway between Kiev (city center, 80 km South of Kiev). What will this highway, when it will appear and how many will have to pay for speed and comfort, found out Today.

HOW ARE YOU GOING. As we told the adviser to the head “Ukravtodor” Alexander Kava, foreign investors are ready to start work as soon as they adopted changes to several laws, primarily on concession roads and on the simplification of the procedure of redemption of land for public purposes, as they are too bureaucratic.

In addition, the state should provide investors with traffic. That is, the state guarantees that the average traffic flow will be nominally 100 vehicles per hour, and are willing to pay the concessionaires, if he be less, but the maximum will cover up to 30% shortage of traffic. That is, if you pass 70 cars and less then 30 “missing” the Treasury will pay the concessionaires. According to Cava, proposals have already been submitted to the Parliament.

“There are a number of European companies who are interested in three years and 300 million euros (over 9 billion) to build a road, alternative present, says cava. — This is the way of the highest, 1st category “A”. It starts from the Metropolitan highway on the outskirts of Kiev and held in a straight line at White Church, avoiding settlements. Now worked out the technical design, providing 4 lanes in each direction near Kiev (up to 10 km — Ed.) and the three stripes next to the entrance to White Church. The distance is 50 km or 30 miles shorter than now. No intersections and traffic lights will not only split-level interchanges, so the speed limit is 130 km/h. Drivers will eventually be able to save 40-45 min until 3 l of fuel due to the fact that they will not stand at traffic lights. Well, plus the European quality route”.

As for payment, it is expected that light vehicles at points of entry and exit, which are on the road to build several, will take 9 cents, or 27 UAHper kilometer. And travel from end to end will cost about 4 euros (120 UAH). With trucks, as in the EU, will take twice as much (18 cents/km). Traffic on the remaining part of the route in the direction of Odessa is a concession to not “pull”. But they plan to make the state account for the repair of the road from White Church to “Borispol” airport (70 km) and at the entrance to Odessa (10 km).

THE EXPERTS AND THE DRIVERS. According to the independent traffic expert Constantine Kinburn, the new track will be of interest primarily to business.

“In Kiev and White Church are many businesses who need to quickly deliver the goods — examines the expert. And near Kiev, convenient to place warehouses, relieving Ring road. There can be customs clearance. This track is good as the pilot project on which to work out the nuances of the operation of toll roads. But it is too little to solve problems, so it would have no impact on the overall transport situation. In addition, there is doubt that the project will be implemented quickly due to bureaucratic delays with the adoption of amendments to the legislation, which claim that the concessionaires”.

The opinions of the drivers were divided. So, from Kiev Sergey Palchun willing to pay for speed and comfort: “I will save not only time but also fuel, in the end, the overpayment will be only 50-60 UAH”.

But the pensioner from White Church, Alexander Vitrenko to innovation is not ready, “My “Lanos” not driving 130-150 km/h, so I don’t need to go into the fast lane and pay for it. Let them fix the current road, because the price of fuel transportation fee, which the authorities are obliged to spend exclusively on repair of roads”.

FREE DETOUR AROUND THE CITY. In the near future does not plan to limit the paid route. “Ukravtodor” no foreigners willing to build a free a Northern bypass road around the city (24 km, 4 lanes), which will unite several international routes, connecting Ukraine and Poland. The exact price of the project is unknown (roughly — 2 billion 400 million UAH), but, according to the “Ukravtodor”, the kilometer of such course costs UAH 100 million.

Recall that the idea of toll roads first appeared in 2003. Then were going to charge money for the fare from Kiev to Odessa, but the case is not reached.

In 2011 we were going to build four toll road to the Crimea: Kharkov—Shcherbakovka, Lviv—Brody, the resident of Ulyanovsk—Nikolaev—Kherson—Simferopol and Novomoskovsk—Simferopol.

In 2013 added two more road — Zaporozhye—Melitopol—Simferopol and a Large ring around Kiev (1st place, 75 km). Then travel on them is planned to take cars 30 kopecks/km (3 cents), with trucks 3 UAH (30 Euro cents), but investors have not found. 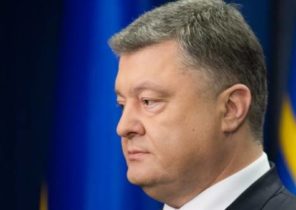