President-elect Donald trump has hinted that he is open to lifting sanctions against Russia and does not intend to comply with long-standing agreement with China over Taiwan. These signs indicate that he’s going to use every possible pressure for renewal of U.S. relations with two major global strategic rivals.

In a match that lasted an hour interview, trump said that he will maintain in force the sanctions imposed by the Obama administration against Russia, “at least for some time.” He also said that he would not respect the agreement between America and China on Taiwan, while, according to him, Beijing will demonstrate progress in the monetary and trade field.

“If you get along with Russia if Russia will actually help us, then why keep sanctions against those who are doing some wonderful things?”

Several U.S. presidents sought to improve relations with Russia as rising tensions with President Vladimir Putin. Former Secretary of state Hillary Clinton set the goal in the beginning of the term of President Obama, like President George Bush met with Putin shortly after the start of his first term.

But diplomatic efforts trump would be resistance from Congress, especially from Republicans, expecting the new administration a hard line against Russia, especially after American intelligence agencies have established that, the Putin government has tried to influence the presidential elections in November, using a hacker attack.

In addition, last week was published devoid of evidence dossier with the results of the investigation conducted by the political opposition, suggesting the existence of ties between trump and Russia. Trump and his team have condemned the publication, but she again drew attention to Russian espionage. US intelligence agencies have not confirmed the published assumptions.

In an interview, trump suggested that he is ready to abolish the Russian sanctions imposed by the President in late December in response to alleged Russian hacker attacks if Russia proves useful in the fight against terrorism and the achievement of other goals that are important to US. The President-elect said he was ready to meet with Putin shortly after his inauguration.

“As I understand it, they would like to meet soon, and I don’t mind”, he said.

In respect of China on the question of whether he supports the policy of “one China” in Taiwan, the underlying U.S. relations with China for several decades, trump said, “Everything can be discussed, including the principle of “one China.”

China considers Taiwan a breakaway province ever since the nationalists of Chiang Kai-shek established a government there in 1949 after years of civil war. Washington’s agreement to withdraw diplomatic recognition from Taiwan and to follow the policy of one China was a precondition on the part of Beijing to negotiate the restoration of diplomatic relations in 1979. Any suggestion that the US is ready to reconsider its position, causing concern in Beijing.

Although trump has long criticized China, he also considered it necessary to show a congratulatory card from President XI Jinping. “The Chairman sent me a beautiful card,” said he.

Trump seems to irritate diplomatic Protocol regarding China and Taiwan. After the victory, he answered the call of the President of Taiwan, who wanted to congratulate him. This led to protests of Beijing, and some American experts on foreign policy expressed concern that trump does not understand the consequences of such a telephone conversation.

Previously, trump said that, as President, will brand China for manipulation of currency. In an interview he said he will not make it on the first day after the inauguration. “After I speak with them,” he said. He added: “of Course, they are engaged in fraud. But I don’t want to do it”.

But he made it clear discontent with the Chinese policy in the monetary sphere. “Instead of saying “We devolveram our currency,” they say that the exchange rate of their currency falls. But he doesn’t fall off, they do it on purpose”.

He added: “Our companies can’t compete with them because our currency is strong, and it kills us.”

This interview was done at the end of the week during which trump watched most of his team’s national security approach the assignments, but at the same time he had to answer suspicions about Russia, but also criticism from experts on ethics, condemning his decision to continue to own their own business.

Six of the candidates for the various posts in the Cabinet, held hearings, and this number will continue to grow. Many Democrats willing to support his candidate for the post of defense Minister, retired General James Mattis.

Trump also made his son-in-law Jared Kushner senior Advisor to the White house, although this designation may be challenged on the basis of laws against nepotism. And he took a step toward fulfilling campaign promises, after the Senate and then the House of representatives voted for the abolition held Obama reform health insurance.

“He won the election, as a fighter and is going to be a fighter as President,” said ed Brookover (Ed Brookover), a former adviser to the election headquarters trump. He also said that “the trump will be a very active President, and thus will cause a lot of criticism”.

During a press conference held Wednesday morning with the participation of multiple reporters, trump was both aggressive and soft. He silenced a journalist, but at the same time praised by the news Agency, which, according to him, honestly wrote about it. During a press conference he blamed the intelligence agencies that they leaked the report, Twitter said that they use the tactics of Nazi Germany. James clapper, Director of national intelligence, said he did not believe that the leak was organized by the members of the security services.

He also first said that it was agreed that Russia organized the hacking of the Democratic national Committee and email a senior aide to Hillary Clinton, his rival. 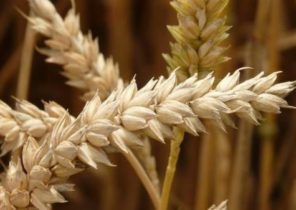 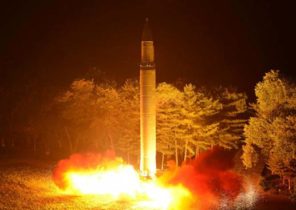