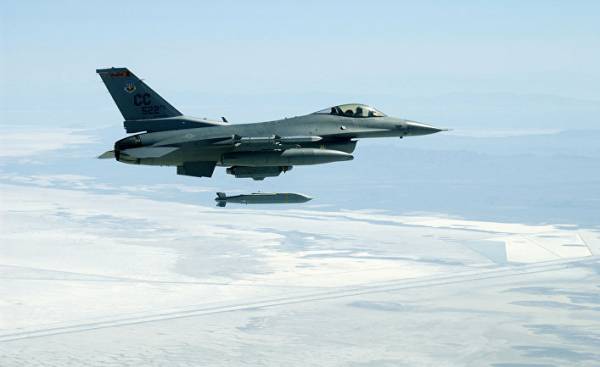 The West knows how to say pretty words and fancies himself the epitome of human values. This defender of democracy and champion of human rights invariably expose their alleged virtues as an argument in support of its own hegemonic ambitions. Like the kind fairy that tries to combine morality and interests, he is trying to hide their financial interests behind a veil of justice and right. Thus, the “free world” practicing bombing of foreign countries in the “democratic” order, and often in regions rich in hydrocarbons and minerals. Combining the faith of the charcoal-burner and the greed of the capitalist, he’s acting like he can reverse the economic power in the moral privilege.

The rest of the world, of course, not conducted in such deception, but in the end it doesn’t matter. The “free world” is always right, because standing on the side of Good, and he is hardly someone dare to contradict, yet he remains the strongest. At least, he strongly believes in it. Attributed to them other congenital barbarism actually is the reverse side of its civilizational self-proclaimed monopoly. Surrounded by a luminous halo of “right to intervention” (and became a vassal of Washington) West, of course, believes that saving the world, endlessly exposing his ruthless pillaging by the hawks of Finance and weapons.

This system of domination, as we all know, was not born yesterday. It is part of a long historical perspective, the prospects for the global economy. On the wave of the technological advantages of the Western world since the days of the “Revival” began the conquest of the globe. He patiently trampled by someone else’s world changed him in his own image and likeness, forced him to obey or to be a copycat, eliminating all those who, in his opinion, would not go to assimilation. All these tricks did not affect his faith: the West imagines itself a metaphor for the world. He was just a part of it, but wanted to be everything. Similarly, today, a group of countries that account for 10% of the world’s population, call themselves the “international community”.

Over the last three centuries of colonial conquest were a clear example of the desire of the West to the extension of control far beyond its borders under the pretext of the benefits of “civilization”. This project of world domination was undermined by the General revolt of the colonized peoples in the twentieth century, however, got a second chance with the expansion of the “America.”

America, this far West, which was opened by Columbus in search of the Far East, inherited from Europe an aggressive outburst and destructive approach to trade. Drawing the absence of the past in the promise of the future, the United States emerged from the void in the atmosphere of Anglo-Saxon Puritanism, multiplied these ambitions and put them together to their advantage. The price of genocide of the Indians “America” has become the new metaphor of the world.

Not to say that such a change went world good. Colonial Empire collapsed because of its impossible archaism, whereas American hegemony relies on many modern technologies, from Google to combat drones. As a result, it has better ductility and resistance, team flexibility and magnetism. From white hats European colonial administrator to the digital screen of the American military — has been a real revolution. Replaced brute domination, which was liquidated during the bloody decolonization process has come diverse system of hegemony. Formed on American patterns of NGOs, the heirs of the three M classical colonialism, took on the role of Christian “missionaries”, “merchants” were international corporations, and the military armed with high technology.

The American Empire is inspired by the ineradicable belief of “born again” in the mid-West and today projects the world your destructive black-and-white mentality. She sleeps and sees how would finally share all the good and bad that is the unwavering support of her unabashed ethnocentrism. Right definitely on her side because she embodies the core values of “liberal democracy”, “human rights” and “market economy.” All this is a brutal ideology, a false front for the most that neither is a dirty interests, but she can’t deny the effectiveness. Otherwise very few people would believe that the US won the Second world war, capitalism is a good system, Cuba is a tropical GULAG, Assad is worse than Hitler, and North Korea is a threat to the entire world.

From this estimated location, with Good flatterers of the North American Empire endure the logical conclusion that her right to a pre-emptive tracking is Evil at all latitudes. Nothing should hinder the salvation of civilization, the epitome of which she finds herself, openly ascribes to himself the prerogative to destroy barbarism by any means. That is why modern imperialism works as a kind of universal court, who distributes reward and punishment as you see fit. In such a highly “moral” instance of the CIA plays the role of the investigator, the Pentagon — the civilian judge, and the President of the Supreme judge. It is a kind of deus ex machina celestial justice, that ruthlessly punishes the supporters of the “axis of evil” and all the other troublemakers in the backyard of the Empire of good.

This tendency to take yourself for the embodiment of morality definitely permeates the entire structure, since the change of owners at the White house, in fact, does not change anything. In Washington, a crusade against the barbarians invariably serves as a cover for the boundless greed of the military-industrial complex and centuries-old grip of the deep state. From Harry Truman to Barack Obama and Donald trump, from Korea to Vietnam, Indonesia, Angola, Mozambique, El Salvador, Nicaragua, Chile, South Africa, Serbia, Afghanistan, Sudan, Somalia, Iran, Libya and Syria — all who are opposed to the saving power of universal justice, invariably sentenced to death, both directly and by proxy.

The American “benefactors” always use local labor for their dirty business. Franco, Hitler and Mussolini (until 1939), Chiang Kai-shek, Somoza, Syngman Rhee, NGO Dinh Siem, Salazar, Batista, Mobutu, Marcos, Trujillo, Bot, Duvalier, Suharto, Papadopoulos, Castelo Branco, Saw, Pinochet, Stroessner, Reza Pahlavi, Zia-ul-Haq, bin Laden, Uribe, king Salman, Netanyahu, Ukrainian Nazis and “moderate terrorists” from the Middle East — they all provided invaluable assistance. America, the undisputed leader of the wonderful “free world”, calls himself the epitome of civilization at the very moment when it destroys entire Nations nuclear weapons, Napalm and cruise missiles, or exposes them to slow death with chemicals enriched uranium and the embargo on medicines. She’s got enough fanatical supporters, who swear that she has provided invaluable services to mankind, although in reality the defeat of this criminal Empire would be a good news for all.