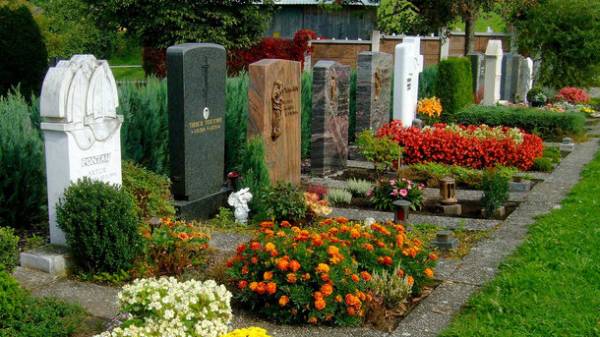 Many bodily functions continue to operate for minutes, hours, days and even weeks after death. It’s hard to believe, but after death our bodies are incredible things, according to factroom.ru.

So, what functions continue to work even after his death.

It is rather technical, and not the actual function. In the body not to produce more hair and nail tissue, but both continued to grow for several days after death. In fact, the skin loses moisture and slightly delayed, which exposes more hair, and nails look longer. Since we measure the length of hair and nails from the point where the hair out of the skin, then technically it turns out that they “grow” after death.

One of the side effects of modern technology is the erosion of time between life and death. The brain may be completely off, but heart will be pounding. If the heart stops for a minute, and no breathing, then the person dies, and the doctors announced the death of the person even when the brain is technically still alive for a few minutes. Brain cells during this time trying to find oxygen and nutrients to sustain life to such an extent that it often leads to irreparable damage, even if the heart is once again forced to knock. These minutes before full damage can be extended with the help of certain drugs and under the right circumstances, to a few days. Ideally, this would give doctors a chance to save you, but this is not guaranteed.

This is another function of different parts of our body, which fades at a different rate. At that time, as loss of circulation can kill the brain in minutes, other cells do not need constant supply. Skin cells that live on the outer shell of our body is used to getting what they can through a process called osmosis, and can live for several days.

We believe that urination is an arbitrary function, although its absence is not a conscious action. We basically do not have to think about it as a certain part of the brain responsible for this function. The same region is involved in the regulation of breathing and heartbeat, which explains why people often occurs involuntary urination if they drink. The fact that the part of the brain that keeps the urinary sphincter closed is inhibited and a very large amount of alcohol can deactivate the regulation of the functions of respiration and heart, and because alcohol can be really dangerous.

We all know that in times of stress, our body gets rid of waste. Just relax some muscles, and is an awkward situation. But in the case of death, all of this and more contributes to the gas that is produced inside the body. This can happen a few hours after death. Given that the fetus in the womb also performs the act of defecation, we can say that this is the first and last thing we do in life.

It turns out that when we die, we will not only get rid of the overcooked, but actively produce it. Do not forget that our body is a habitat for many other organisms, many of which are useful for us. The bacteria in your gut don’t die just because you no longer have. Although some of them are parasitic, many of them promote digestion and do some of the work for us, even when we had already departed to the other world. Other bacteria in the intestines produce gas, which pushes the digested food out.

When the heart stops pumping blood around the body, the blood is collected in the lowest point. Sometimes people die standing up, sometimes lying face down and because many know in what place may meet the blood. Meanwhile, not all the muscles of our body relax. Some types of muscle cells aktiviziruyutsya with calcium ions. After activation, the cells expend energy removing the calcium ions. After the death of our shell to become more permeable to calcium, the cells do not expend so much energy in order to push ions and the muscles contract. This leads to post-mortem rigor and even to ejaculation.

Although the brain may die, other areas of the nervous system can be active. Nurses repeatedly noticed the action of reflexes in which the nerves sent the signal to the spinal cord, not the brain, leading to muscle twitching and spasms after death. There is even some evidence of small movements of the chest after death.

In fact, our body is filled with gas and goo supported by bones. Decay occurs when start to operate the bacteria and the proportion of gases increases. As most of the bacteria is inside our body, the gas builds up inside.
Rigor Mortis leads to stiffness of many muscles including those who work on his vocal cords, and this combination can lead to the terrible sounds emanating from the dead body. So there is evidence, as people heard the groans and creaks of dead people.

Although such cases are very rare and they cause a lot of rumors, they were documented in the period before proper embalming and quick burial. It all seems a description of a horror movie, but these things do happen, and it makes us once again glad that we live in the modern world.

Recall that TOP 10 poisonous foods we eat every day.