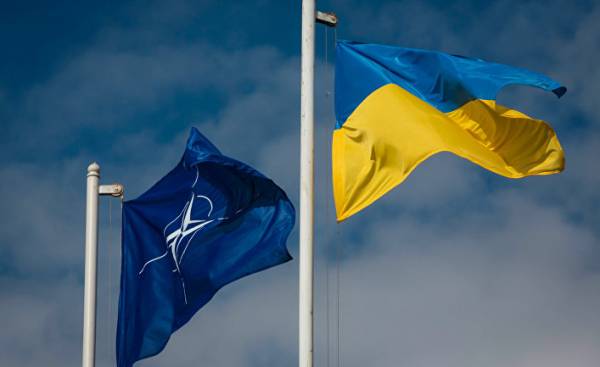 “US getting to Russia through Ochakov”. These headlines appeared on the websites of the Russian media after the news that the army corps of engineers, the U.S. Navy began construction in Ochakov, Nikolaev region, center of operational management of the fleet for the Ukrainian naval forces. That will be built in Sochi and why the matter so alarmed the Russian authorities and advocates, to understand “Apostrophe”.

American infrastructure assistance to Ukraine in Ochakovo will be implemented in three stages. The first phase will be built the control Center, which, according to information from the website of the U.S. Navy, will allow the command of the Ukrainian Navy to quickly and effectively manage the fleet to make critical decisions.

“In the future it will be the control of the Ukrainian Navy, explains “Apostrophe” military expert Oleg Zhdanov. In peacetime, it will be used as a training center of the Navy of the countries-members of NATO and Ukraine. This educational-material base for the management of the Navy”.

The first stage began in April of this year, American specialists have begun coordinating all documentation for the project, and in July it started the construction.

In the second phase of the project includes the construction of a maintenance workshop for the vehicles maintenance. The third stage will be the arrangement of checkpoints around the perimeter of the object.

“Due to the annexation of Crimea and seizure of our ships by Russia, we lost up to 70% of the fleet, respectively, it is necessary to look for alternative solutions to counter Russian aggression, — said the “Apostrophe” former Deputy chief of staff armed forces of Ukraine Igor Romanenko. This Center will help to coordinate the actions of ships in the Black sea in the interests of Ukraine in the first Ukrainian ships and ships of the allies.”

Meanwhile in Russia have dubbed the operations control Center of the “NATO base”, driving a wave of panic on Federal TV channels. So, the leader of LDPR Vladimir Zhirinovsky on one of the political talk shows said emotionally: “Nothing will be built! Drown, there will be grave! All drown in the Black sea! And the Kiev government will destroy, is the Russian land”.

Position “right” for the Kremlin, Ukrainians expressed the fugitive ex-Prime Minister Mykola Azarov, calling the construction of the Centre as a provocation. “This is a further step in the deterioration of the already bad relations between Ukraine and Russia. From my point of view, this is a real provocation,” he said.

According to Oleg Zhdanova, so Russia’s reaction is not surprising.

“Russia is like a red rag to a bull. First, the improved handling of our Navy, which will affect their fighting capacity. Secondly, as the centre will be used as a “school” for the countries-members of NATO, there will be a continuous presence of NATO ships and their crews. Now 9 NATO ships is the Black sea, such as Odessa, Batumi, and the black sea fleet of the Russian Federation practically impossible,” — said Zhdanov.

Russian conspiracy theorists of military Affairs talking about the fact that the Center in Ochakovo creates immediate danger for the black sea fleet in the Crimea, and thus Ukraine deliberately provoking the Russian Federation.

“But given the state of the Russian black sea fleet, for it is a danger to all, including flying gulls — ironically Ukrainian analyst, Institute for the future. Tyszkiewicz. — Remember, sailed on the “Admiral Kuznetsov” in the Mediterranean, and as everyone was praying that this thing didn’t drown, so for the Russian Navy, any infrastructure facility is a danger. Russia needs someone afraid that Russia will need to escalate the situation, so the question here is political rather than security issue”.

Ex-defense Minister Anatoly Gritsenko believes that to pay attention to the hysteria in Russia is not worth it.

“Russia’s reaction should we care about the least, says “Apostrophe” Gritsenko. — We need to strengthen the combat capability of our Navy, and Russia had better think how to get out of this adventure, in which she drew Ukraine, all of Europe and the world.”

War on land for the sea

Statements about Ukrainian provocation, which are now heard from every Russian iron, in theory, can create real preconditions for military activities of Russia in the Black sea. For example, the Chairman of the Federation Council Committee on defense and security Frants Klintsevich in an interview with the Russian media have already expressed threats: “All this will not remain without consequences, neither for Americans nor for Ukrainians.”

But, according to Gritsenko, expect a radical hostilities at sea by the Russian Federation in connection with the construction of the Center in Ochakovo not worth it.

“Now I do not see prerequisites to large-scale military campaign,” he concluded.

“Of course, the possibility of escalation remains, but if we talk about provocations at sea, I doubt very much that Russia will go to the provocation in another direction, except for the Crimea and the Donbass. This needs a lot of additional reasons,” added “Apostrophe” Igar Tyszkiewicz.

However, the experience of waging a hybrid war with Russia has taught Ukraine that in order to achieve their targets at sea, the aggressor can come in and land. For example, Russian military expert Igor Korotchenko has already offered as a symmetrical response to Ukraine and the United States to start issuing Russian passports to everyone in the L/DNR, they say, so Russia is officially entrenched in the Donbass, and the pressure on Ukraine will be strengthened.

Indeed, tomorrow the walls of Ochakov of the Nikolaev city Council or the administration can come motivated “activists” demanding to stop to build a “NATO base” and the intention to create a “people’s Republic of Ochakov”.

However, according to people’s Deputy, member of the parliamentary Committee on national security and defence, Dmytro Tymchuk, this option is, fortunately, unlikely.

“We are actively monitoring the situation in the South of Ukraine, but to say that you need to sound the alarm, I would not, says “Apostrophe” Tymchuk. — Intelligence agencies of Ukraine is effectively in control of the situation. Yes, there are some problems with the local political and public figures, but I’m sure on one hundred percent that or at what of financial support from the Russian special services, the situation will not be able to shake. Possible small skirmishes and provocations on political grounds, but to say that in the long term will result in a variation of the L/DNR, it is impossible. Such a project I see only in the format of fiction”.