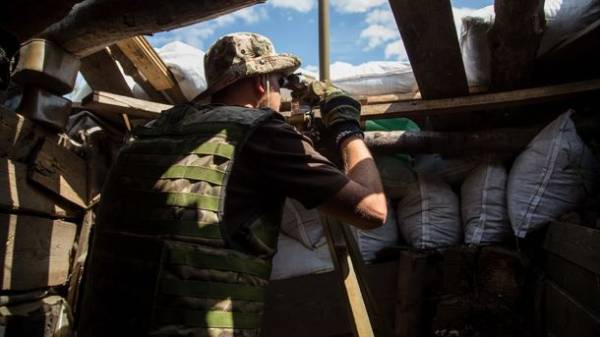 Russia occupied Crimea and Donbas, had two main targets, and soon the Kremlin from these goals will not give up.

About it senior Director of programs of the Berlin Marshall Fund “Germany-USA” Joerg Forbrig said in an interview with “Today”.

“In my opinion, Russia annexed the Crimea and invaded the Donbass for two reasons. First, it was hoped that these two conflicts will forever distract Ukrainian politicians and the public from the reforms initiated after the revolution of Dignity. Second, the Kremlin knows that these two unresolved conflict make it virtually impossible Ukraine’s accession to the EU and NATO, even if one day all the other conditions for membership are fulfilled. In other words, the Crimea and the Donbass – an effective “veto” in the hands of Moscow on issues of domestic and international development of Ukraine”, – he said.

According to Forbrig, he only sees two possible exits from this status quo.

“It is unlikely that Moscow will give up their “veto”. For many reasons this confirms that the annexation of Crimea and invasion of Ukraine was wrong and changed the course. In fact, it would also mean that Russia recognizes Ukraine’s right to choose democracy and to join Western organizations. Of course, this will be a direct threat to forces which are in Russia (which may plunge Russia into uncontrolled chaos, and the West take the position that it is better controlled chaos in Russia than uncontrolled – Ed.). Therefore, a more realistic way for Ukraine and its Western partners to neutralize those “veto” Russia,” he said.

Read also: Putin will not change in response to the lifting of sanctions in Ukraine, explained the motives of the Kremlin

The expert believes that Ukraine needs to promote reforms to create a working democracy and the rule of law, root out corruption, modernize the economy, and become a strong society and a functioning government.

“In parallel, the West should support closer integration of Ukraine into the EU and NATO, and, in the end, you will need to ensure a clear prospect of membership in both organizations. Successful reforms from Ukraine and closer ties with the EU and NATO will draw trumps Russia in the Crimea and the Donbass is useless. And that only over time will also open the way for a full return of both regions to Ukraine”, – summed up Forbrig.

Read an interview with Joerg Forbrig of the site “Today”: the Kremlin knows that the annexation of Crimea and war in Donbas make it impossible Ukraine’s accession to the EU and NATO