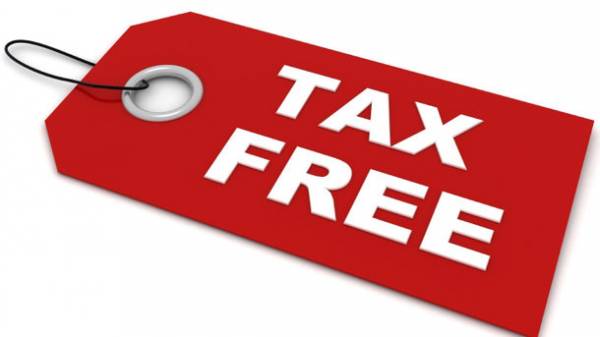 The majority of Ukrainians who travel abroad do not return with Tax Free shopping. Half of those who will not return, do not know about such possibility, and the other half believes the service is too complex, expensive, and not worth the time spent.

These are the results of a survey conducted at the International airport “Borispol” company TaxFree4U in partnership with the faculty of sociology of Kyiv National University named after Taras Shevchenko.

More than a third of the total number of respondents (37%) at least one VAT return for purchases made in Europe. Most of them uses the services of Tax-Free operators, preferring to receive funds in the airport before departure.

A quarter of respondents had experience of receiving a Tax refund directly from the foreign store (this procedure is different depending on the country).
For information: to return the VAT through the Tax Free store or-operator, which are the subjects of tax relations with the tax of the country purchases.

In case of VAT refund through the store without the participation of the Tax Free operator, it is possible to obtain a higher return amount, saving on Commission. But there is a high probability to be refused a refund from the tax of the country where you made the purchase. The cause of failure can be a even illegibly written letter in return.

Among those who do not use the service, even though he knows about it, most think of the amount spent, not the standing order to begin the refund process. Service of VAT refund to the respondents too complicated or expensive (we are talking about the fee for return statements Tax Free and banks, which can be around half the amount promised to return in the country of purchase).

According to the associate Professor, candidate of pedagogical Sciences, Deputy Dean for scientific work and international relations of the faculty of sociology, Kyiv National University named after Taras Shevchenko, Viktor Zhukov, the fact that uninformed 31% of respondents who travel abroad often, the right and ability to return to 19% of own funds spent on purchase in Europe, says about the need for explanatory information campaign for the return Tax Free.

Consequently, two-thirds of respondents know about the possibility to return the taxes for made in Europe buy. However, using this kind of service only a third of the total number of respondents. The survey showed that the majority of travelers do not return for Tax Free purchases in Europe. 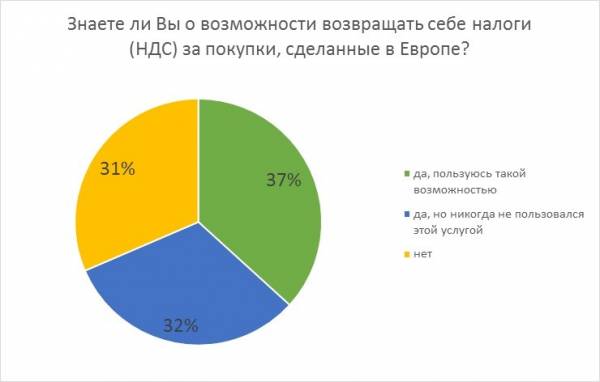 “Innovative products and services that are at the intersection of sectors, such as Finance and IT-technologies – changing markets. We help all non-EU nationals, including Ukrainians, Tax refund via mobile app and get the biggest refund. We make available Tax Free for those people who previously, due to the complexity of the procedure, their money is not returned – and seeing some of the socio-economic mission,” says the head of the Ukrainian representative office of the company TaxFree4U Vlas Golovin.

According to the survey, tourists and travelers often returned to the VAT for purchases made in European countries: Germany, Italy, Poland, France, Czech Republic. Other options were not chosen often: Turkey (7%), Baltic countries (5%), Hungary (4%), Asia (4%), Georgia (2%), Portugal (2%), Slovakia (2%). 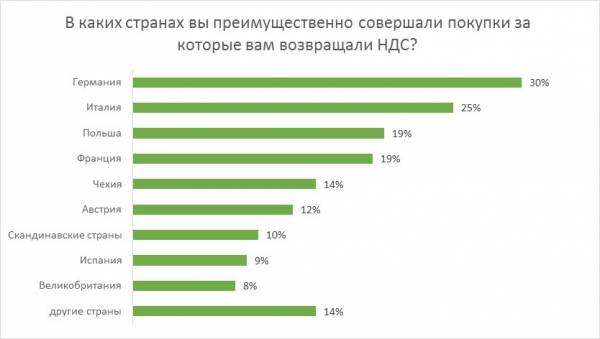 A fifth (21%) of those who took the opportunity of VAT refund, make it your own, and more than a third don’t remember what Tax Free-the operator has provided this service (38%). The most popular among users is that the operator Global Blue (39%). Much less frequently, only in 6% of cases, respondents used the services of Premier Tax Free.

The majority of respondents, despite the payment of high commissions, receive money directly at the airport (69%), considerably less than the transfer on a credit card (31%). In the case of a transfer to a Bank card until the transfer is from a few days (51%) to month (43%). Sometimes, in rare cases, the waiting time ranged from one to two months (3%). 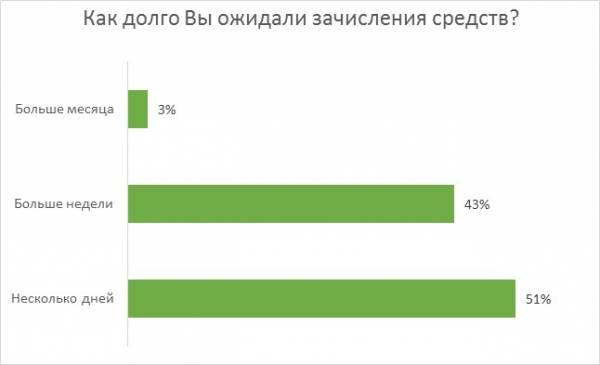 Among the respondents who know about the service but never used it, the majority believes that the refund was not worth my time (22%). A significant number of survey participants who know about the service, but do not use it, consider it inconvenient (19%) or complex (16%). More (16%) of respondents did not have accurate information on how to use the service. Somewhat fewer respondents (9%) believe that the cost of the service/Commission is too high. The least popular response (6%) – fear of being late for the flight and distrust of the service (still TaxFree to return, had to defend a few turns before check-in and Luggage delivery). 11% of respondents cited other reasons. 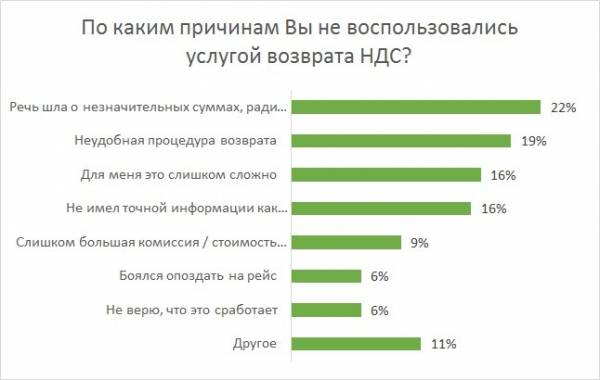 At the time of the survey, respondents indicated the following areas: Western Europe (31%), European countries that border Ukraine (6%), Scandinavia (6%), Georgia (4%), other countries (28%). 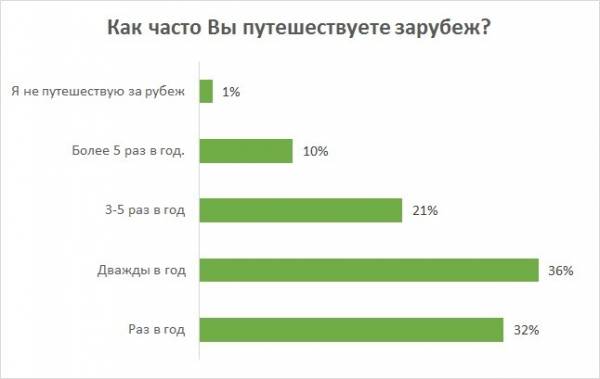 “We conducted the survey in their own marketing purposes. Since the results showed a high level of awareness of Ukrainians about their right to return about 20% VAT – company TaxFree4U made the decision not to classify the results, and to bring them to light”, – said Director of marketing and PR company TaxFree4U Natalya Vityuk.

The survey was conducted in February 2017 in the framework of the marketing research company TaxFree4U in partnership with the faculty of sociology of Kyiv National University named after Taras Shevchenko. The survey was attracted by 428 respondents at the time of granting of the responses expected check-in for international flights at the International airport Boryspil. The majority of respondents go abroad very often.

A portrait of the audience: